April Flowers and their meaning in Japan 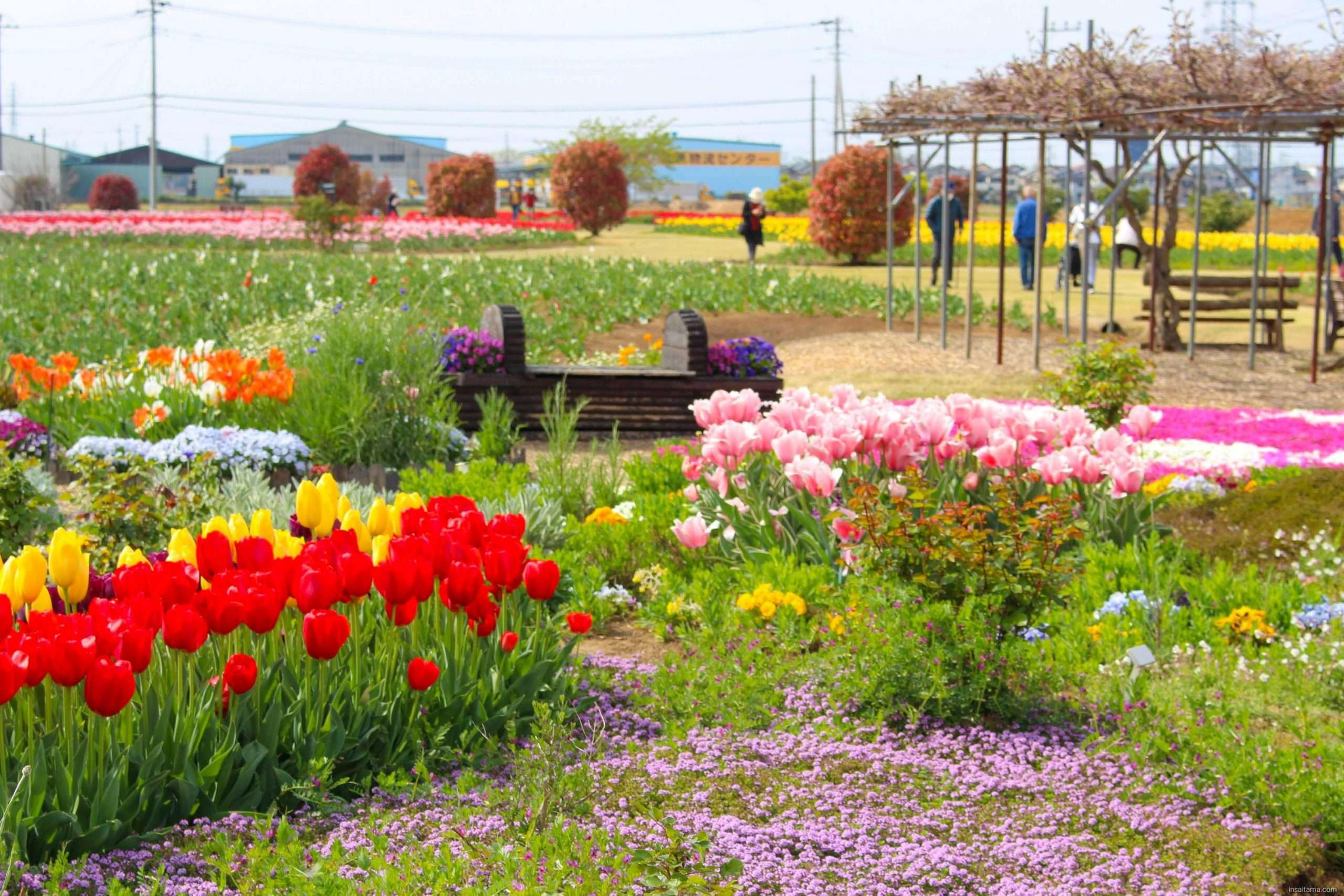 April Flowers – the when and where of ten different flowers and their meaning in Japan.

Whether you live in or are planning to visit Japan, you can be certain that in April you have a choice of flowers to admire. Moreover, April – specifically early April – is famous for cherry blossoms. But, as you may have heard, in 2020 the cherry blossoms were particularly early and many were finished by the end of March.

However, there were a few places you could see cherry blossoms, particularly late blooming sakura, in Japan in April. For the purpose of this article, I am concentrating only on the late blooming sakura which (unlike the regular variety) bloom in April regardless. Moreover, the main focus is on all the other beautiful flowers that bring us stunning scenery every April in Japan.

Below, information for flowers that bloom in April in Japan coupled with their hanakotaba information. Each flower has upto 3 recommendations of where to view that flower in Japan. Hanakotaba is the Japanese for the equivalent of our “language of flowers”. Furthermore, Hanakotaba is the silent conveyance of the meaning and / or symbolism of a flower. The ascribed symbolic meanings of flowers also often play a part in Ikebana arrangements.

Flowers that bloom in April in Japan

(including tree blossoms, but excluding the regular varieties of cherry blossoms).

Just for fun! The featured image (at the top of the post) has eight of these ten flowers in it, which two are missing!?

You can see Yaezakura and Satozakura all over Japan in April in Japan. Places around the Kanto plain – the area around Tokyo – tend to bloom in mid April. But the further North you go and also the higher altitude you go, the later they bloom. With some also blooming in late April to early May.

Both Yaezakura and Satozakura are said to represent “rich culture”, “good education” and “softness”. This is the “hanakotaba”, literally flower word, of the Yaezakura and Satozakura which are both late blooming cherry blossoms. Apart from blooming later than Somei Yoshino and several other varieties of cherry blossoms, another thing that distinguishes them is that they have more than five petals.

The Shibazakura which are also called moss phlox or pink phlox are probably the most famous flowers in April in Japan. In Kyushu the moss phlox is actually in bloom from the end of March. And stretches into early April. Meanwhile the famous moss phlox of Mt Fuji and Chichibu bloom a month later at the end of April and early May.

The meaning and symbolism of shibazakura in Japan’s hanakotaba is ‘timid heart’. It derives from the appearance of many small flowers in a cluster conveying a timid heart. Meanwhile the word “agreement” is associated with the flowers due to the flowers working in harmony to form a virtual carpet.

Rapeseed or Canola Flowers, Nanohana in Japanese, are a long blooming wild flower in Japan. They can be seen all over Japan from as early as February until as late as May. The rapeseed in Japan tends to be most prominent along riverside walks and embankments. Moreover, a popular combination is the cherry blossom and rapeseed scene.

Nanohana means “edible flower”. Because the bright yellow of the flower is in stark contrast to the green, the hanakotoba are “vivacious” and “brightness”. That meaning and symbolism is also derived from the rapeseed being a harbinger of spring “brightening” the hearts of people (Source: hanakotaba.com).

Nemophilia bloom are one of the most popular April flowers in Japan. Their unique baby blue color contrasted with the pinks and yellows associated with spring makes them popular with photographers and flower lovers alike. The nemophilia, or baby blue eyes as they are also often called, of Hitachinaka Seaside park are famous the world over.

The meaning and symbolism of nemophila in Japanese language and culture is actually taken from English. Possibly because nemophilia are not indigenous to Japan. In English symbolism they supposedly represent success as well as forgiveness.

Tulips are particularly popular April flowers in Japan in recent years. They can bloom as early as March in some parts of Japan and last until mid May.

In Europe, the meaning of tulips is generally perfect love. In Japan, the general meaning is compassion. Moreover, tulips have different meanings by color. For example, a red tulip is a confession of love, a pink tulip represents a sincere love. Purple tulips are for immortal love.

It is always so hard to pick favorites, but Azalea are high on my list of the best April flowers in Japan. They are more like bushes than flowers and bring such color to mountainsides all around Japan. Azalea bloom from April to early May in most parts of Japan. They are one of several flowers that are usually in bloom during Golden week.

In English, azalea’s flower meaning is love and gentleness. In Japan, they mean or represent moderation and modesty also.

Specifically tree peonies which are called “botan” in Japanese. You will find peony gardens in almost every prefecture in Japan. Like the Azalea, they tend to be in prime bloom for Golden Week.

In Japan, botan represent shyness and / or embarrassment. But they can also mean ‘riches and honors’. The latter is somewhat similar to one of the interpretations of the flower in European countries. The common peony is often said to represent prosperity and good fortune also in English.

There are some really great poppy fields in my own prefecture of Saitama. We may actually have the best choice of poppy viewing locations! Including some poppies in the sky. Moreover we have the largest poppy field in Japan! However, please note prime viewing for those poppies is mid May. But Saitama also has Icelandic poppies which bloom for the full month of April.

In Western countries the poppy is of course associated with “remembrance”. In Japan, it means “consideration”.

Poppies in the sky! in May
Icelandic poppies in April
Japan’s largest poppy field in May

Wisteria along with the shibazakura moss phlox are probably the most revered of the April flowers in Japan. Furthermore, within Japan, people travel from far and wide to see a good wisteria display. The wisteria are also very popular with international tourists.

In the English language wisteria generally mean good luck. They also mean a welcoming, which is a meaning they share with Japanese. In Japan they can also mean “gentleness” and/ or “intoxicated in love”!

Japanese primroses are the flower of my prefecture – Saitama Prefecture. Despite that there are actually very few places to see Japanese primrose “sakurasou” in Saitama. There is one large festival in Saitama City that should have had its 100th anniversary last year, 2020, only for COVID-19. Furthermore, there seem to be very few primrose festivals anywhere in Japan. The only one I could find is the one in Saitama City.

Sakurasou, literally ‘like a cherry blossom’, are so named because the flower is said to resemble a cherry blossom. Like the meaning in several Western countries, in Japan the flower also means first love. Furthermore, it means ‘youthful hope’, ‘remember the beauty of nature’ and ‘longing’.

There is one other flower that blooms in April that is worth a mention. The Yamabuki flower. It has a post all of its own due to its rarity and history. Yamabuki no Sato is one of the few places you can see a yamabuki floral garden.

What flowers bloom in Japan in April?

Apart from cherry blossoms and other prunus blooms, there are at least 9 other flowers that bloom in April in Japan. They include rapeseed, tulips, nemophilia, azalea, peonies, moss phlox, wisteria, poppies and also yamabuki.