In: Eat in Saitama, Things to do in Saitama
Tagged: Cafe, Hanno | Hidaka | Iruma, something different
With: 4 Comments 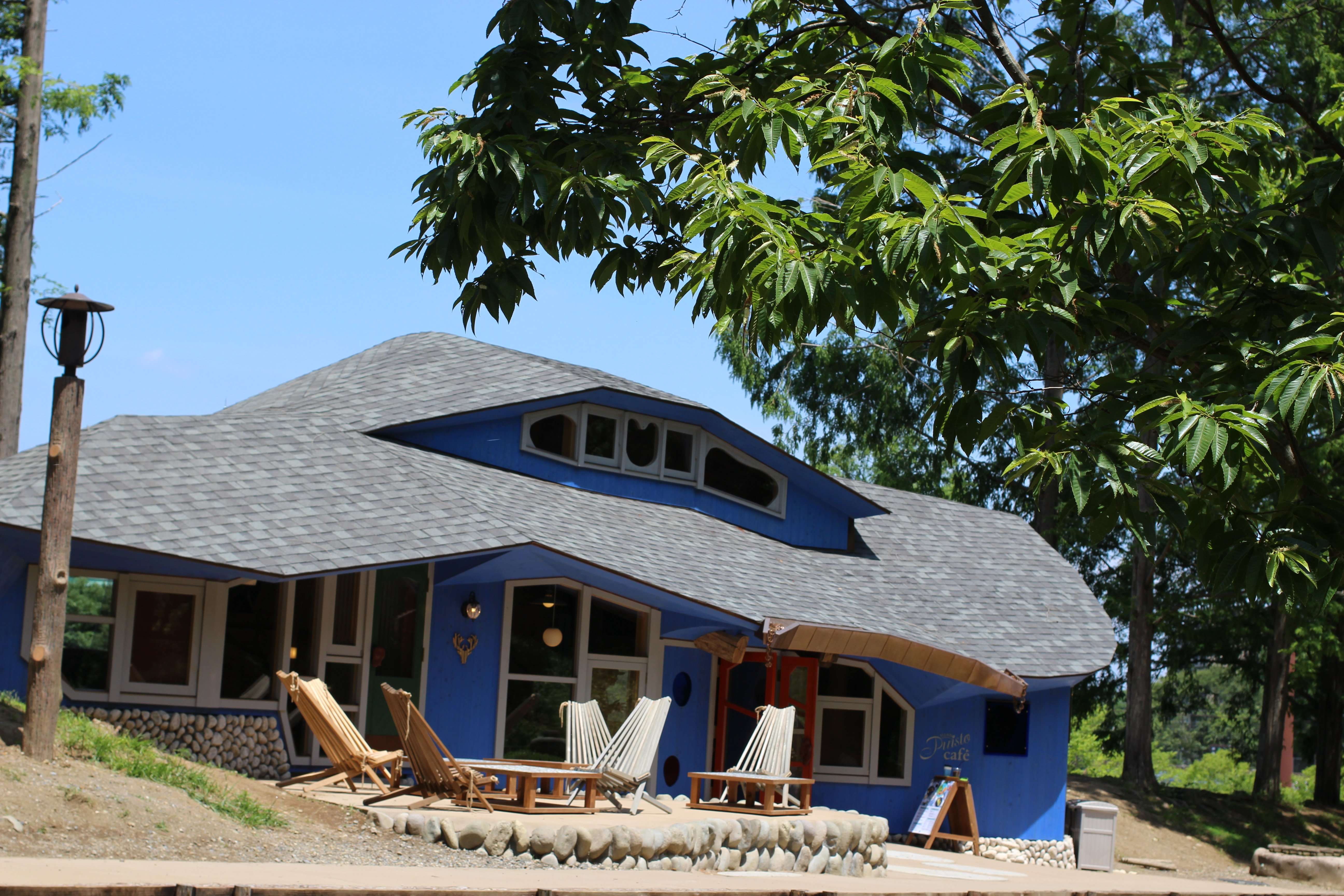 Cafe Puisto in Tove Jansson’s Akebono Children’s Forest Park, aka the original Moomin Valley. However, since Metsa Village and Moominvalley park opened it is no longer referred to as Moomin Valley. But there are some of us to whom this will always be Moomin Valley!

Once upon a time there was a untainted secret children’s forest in the lush hills of Hanno. Some bloggers, myself included, tried to unveil its charms to whomever would listen (read!). But the park remained tranquil for the most part.  Then one day in the not so distant past, they decided “Hey, this would be a great place for the first Moomin theme park outside of Finland”. And ever since there is nothing secret and tranquility is rare in this quirky park in Saitama.

The new Moomin Valley is spelt as a contraction Moominvalley. It is Metsa, a leisure or theme parks of sorts. Within Metsa there is Moominvalley park and Metsa village. Both are currently still in the building stages. The park is well behind schedule. When they first announced its development they speculated that it would be open for business in 2016. Then they said spring 2017. Next Autumn 2017. And here we are in summer in 2018 and it is still not open. However, the completion of Cafe Puisto is a very good sign that Metsa may very well be realized by the end of 2018.  The city of Hanno announced that the cafe was opened last week in advance of the completion of Metsa – so its definitely on the way. The question remains as to when exactly. Surely it can’t take any longer than a year from now. Only time will tell.

Today, June 8th 2018, I went to the original Moomin Valley (Tove Jansson Akebono Children’s Forest) FOR ME, for my pleasure! I had the kids with me though. But this Momma of 4 was in need of a break. I knew indulging in the treats on offer in the new cafe on the grounds “Cafe Puisto” would recharge the batteries. I was particularly looking forward to one of their smoothies. For the kids (I had my 5  year old and 3 year old with me); the whole place is a treat with all the discoveries to be made. (You can read more about the Moomin Valley / Tove Jansson Akebono Children’s park here).

We arrived at 10 am when the cafe was just opening. The plan in my head, although I should know better that plans with kids are futile, was that we would go to the cafe first when it wasn’t too busy. The kids however wanted to play in the main Moomin House first. They won. We went, we played and then we went back to the cafe, which was completely full with a couple of people waiting.

Thankfully I had brought a back up lunch just in case. We found somewhere to sit and eat that, then played in the main play hall and also in the library and when I thought the lunch time crowd was subsided we went back to the cafe. This time… queues out the door and people waiting for orders all over the place. I reluctantly conceded today was not the day for us to try the menu.

The menu isn’t particularly large, but its sufficient for a cafe. What surprised me though, for the type of fun building it is and given that it is located in a children’s park, there is no children’s menu.  Another revelation was that in just one week since opening the smoothies have gone up in price by 100 yen!

When in a Finnish theme park cafe, do as the Finnish do… although I am pretty sure Smørrebrød is from Denmark!! Smorrebrod sets are a staple of the cafe with 4 choices that you can have on their own or as a set which comes with salad, grated carrot and a drink.  The open sandwiches are available for take out too. The only other things on offer are the afore mentioned smoothies and a dessert set. So leave your hunger at the door if you plan to eat here! It really is just a place for a relaxing treat.

We were able to have a quick look around the inside of the cafe. It is as fun and funky as its exterior. There is the ground floor and a mezzanine. A spiral staircase in the center of the cafe is a focal point and only for show, there is a regular staircase that brings you to the mezzanine.

A lot of natural wood adds to the very earthen feel of the building. The chairs while trendy, don’t look particularly comfortable or practical when chatting in a group, but they certainly look the part. The inviting smell of freshly ground coffee is slightly more perceptible than the sweet lingering smell of freshly chopped fruits.

Keeping with the earthen feel of the cafe, the play area is carpeted with fake grass and the toys are mainly wooden. The space is quite large, taking up one end of the quirky building’s serviceable space.

The cafe is still brand new so is attracting a large crowd and so it is very hard to get a table. You can’t leave your name and come back later and you can’t make a reservation: it is first come first served. However, the very friendly staff said you can get a table in the early morning or later in the afternoon. And it is expected that the crowds will ease as the novelty wears off.

Moomin Valley is approximately 20 minutes from both the Sayama-Hidaka and Iruma Interchanges of the Ken-o expressway.  The park is situated behind Hanno’s city public gym and hockey courts.  There is a Cainz beside it which is probably the best landmark. The entrance to the parking is opposite to the entrance for Asu Sports Park’s parking.  They are on prefectural route 195; 9 kilometres from route 16 if you come off the Ken-o expressway at the Iruma Interchange.  Prefectural road 195 also meets up with route 407 which is the road I took from Sakado.  The road is quite busy and only one lane for a lot of the journey. The car park is in the grounds of Hanno’s Taiikukan. Follow the road around by the hockey courts and you should see a ramp in front of you. That is the entrance to Moomin Valley.

Cafe Puisto is about a 20 minute walk from Motokaji 元加治 Station on the Seibu Ikebukuro line.