In: ACTIVITIES, Play in Saitama, Seasonal, Summer in Saitama, Things to do in Saitama
Tagged: Chichibu Area, flowers, Hydrangea
With: 0 Comments 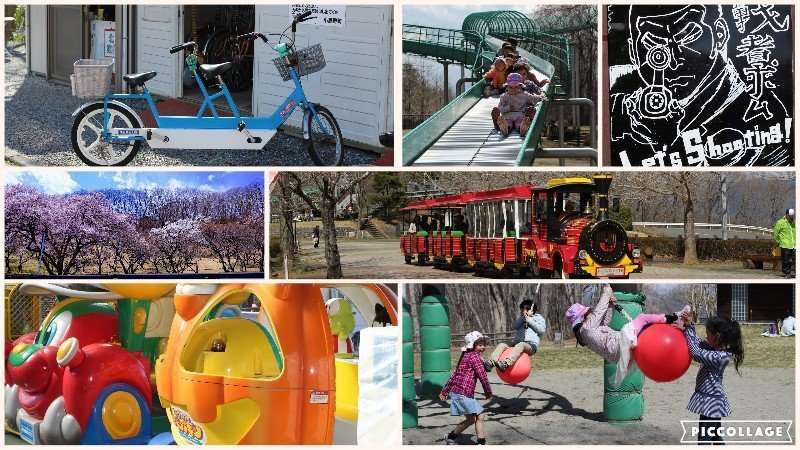 Chichibu Muse Park is a sprawling recreational space in the hills of Ogano. It offers stunning views of the surrounding valleys and mountains, including Mt Buko. There are many sections to the park, offering both indoor and outdoor leisure / recreation facilities, and even accommodation.

The park is suited to people from all walks of life, but it is a rarity in that it particularly accommodates to adolescents and teenagers. Where else can you find Go Karts, Laser Tag, Trampoline, Segways, Putter Golf, a sports park, pools, Zip lining and treetop athletic play all in the one area?

Often parks, play areas and locations are designed for younger children. Chichibu Muse park is one of the few places that has several activities for older children and teenagers. There are also several playgrounds, attractions and activities for children of all ages. You can enjoy many of those facilities as a family too. And they even have play and activities for adults. They run a number of events throughout the year, the majority of which are family friendly.

Due to the volume of attractions at the park, they are not all outlined or detailed below. But I have summarized the majority of the play areas with brief information and photos hereafter…

We first stopped at the toddler playground in the central area of the park. It has nice equipment for small children such as spring rides and a safe combination piece. It wasn’t ideal for my kids who are aged between four and nine years old. So we didn’t stay long and moved onto the general playground.

The general playground is close to the plum blossom and cherry blossom gardens. It isn’t that big, but it was designed to be used by children of all ages. The center piece is the merging roller slides. One of those roller slides has a look out tower with great views. There are buoy swings in this playground, only one of two places I know with these type of swings. (The other).

Other Play areas for kids and adults

According to various sources online, the (laser tag) beam rifle shooting range in Chichibu was the first of its kind in Japan. It is one of only a handful of places in the Kanto plain that you can do this of survival game activity. Its like paintball only with laser beams instead of paint. I believe it is most commonly referred to as Laser Tag in English. It is for children over 11 years old and adults.

The beam rifle shooting is part of a park area called Soto Asobi No Mori or Outdoor Play Forest in English. In that area there is also a large trampoline. It is a little pricey at 500 yen for 15 minutes of play, but the park itself and the parking is free so on balance its not too bad.

You can rent segways from the portacabin beside the trampoline and beam rifle area. These are all close to the sports park and putter golf where is were the outdoor pools and small amusement park also are. The sports park has 52 tennis courts. It is one of the 2020 Olympics pre-games training camps in Saitama.

Zipline and treetop adventure in Chichibu

Forest Adventure is what they call a treetop athletic. It is for children older than six years and for adults. We haven’t been to this one, but we were at their sister site in Ueno, Gunma. General information for the Forest Adventure chain in English.

F1 Resort Chichibu is independently run, but it is located in Chichibu Muse Park. They have carts and courses for kids as well as plans for adults. Find out all the essentials on their English webpage.

The Amusement Park is very small, but as they have an indoor area it proves useful for getting out of the sun or the rain. Indoors is mainly coin operated games. The changing rooms for the summer seasonal pools are in this building. Outdoors there are a few coin operated rides.

Just like the facilities in the park, the list of seasonal events / attractions is also extensive. For example, they have a great selection of seasonal flowers including plum blossoms (and cherry blossoms) in spring and hydrangea in summer. The gingko trees are famous in the park, more on those a couple of paragraphs down. I also wanted to briefly mention the insect park that is located close to the Soto Asobi No Mori and beside the small amusement park and summer pools. They often have free lectures and educational events in this area.

There are several ways to get around the park. The kids favourite means of in-park transport are the quirky bikes you can rent. Apart from tandems, they have pedal cars for families and smaller bikes for children. Of course you don’t have to use them as a means of transport, you can just hire them to play if you prefer. The bikes cost upwards from 500 yen depending on what type you are borrowing and for how long.

The park train winds it way around the 375 hectares of the hilly park. Making it even bigger than Shinrin Park and about 66 times the size of Tokyo Dome City!

There is a three kilometer avenue of Gingko trees in the park in Chichibu Muse park. On October 5th 2020 Tenki.jp released the first forecast for Autumn Leaves in Chichibu Muse Park. They are estimating that the Gingko trees will be in their gorgeous yellow coat from the end of October to the middle of November.

I feel like I haven’t even scratched the surface in this post, so varied and extensive is the list of things to do in Chichibu Muse Park. But I hope I have introduced what play facilities are available for kids and teenagers at this vast rural park in Ogano. Hopefully in a future post I can introduce more about the seasonal flowers and attractions, and about PICA campsite and barbecue as well. Access and contact details below.

Have you been to Chichibu Muse Park? What were your impressions?

Getting to Chichibu Muse Park by public transport:

It takes about two hours from Tokyo one way, so, although not ideal, it can be done as a day trip from Tokyo. The route showed in the photo above costs 1,740 yen one way for an adult, but there are routes as cheap as 950 yen, but they take an hour longer.

There is so much to see and do in Chichibu it is a place worth an overnight stay. And with accommodation in the park and nearby, it is relatively easy to organise a short trip to Chichibu from Tokyo. One nearby resort we like is Midori No Mura which has its own attractions and two accommodation choices.

Getting to Chichibu Muse Park by car:

Off the beaten path free Deer Park and biker’s shrine…