In: Festival, Seasonal, SHRINES & TEMPLES, Things to do in Saitama, Things to see in Saitama
Tagged: Chichibu Area, Event, Festivals and fireworks
With: 0 Comments 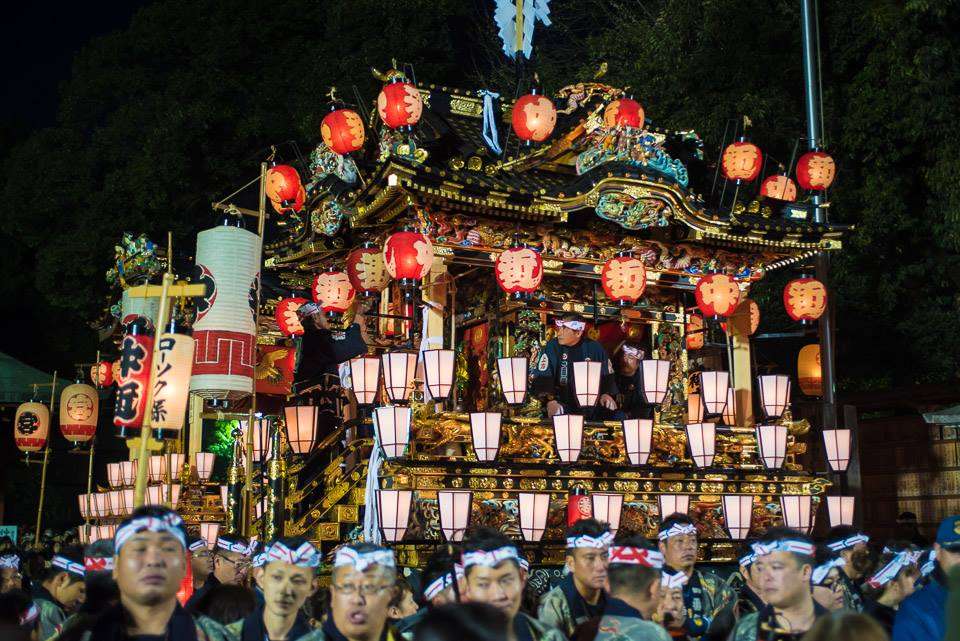 At 2.02 am today, December 1st 2016 the Chichibu Night Festival, specifically the traditional music and performances of the festival, along with 32 festivals in Japan were confirmed and recorded as a UNESCO Intangible Cultural Heritage. Congratulations CHICHIBU. 🙂

**The above photos, one of which is also used as a featured Image on the preview, are copyright of John Becker. Andrea Miyata also contributed photos to this article, which are shared below. All photos used with the kind permission of the photographers. Thank you very much Andrea and John.**

Japanese people seem to have an magnanimous love of the number three. One of the ways this manifests itself is in the numerous compilations of top threes that are famous within the country. There are the three gardens of Japan, the three views of Japan, the three night views of Japan, the big three festivals, the big three fireworks and so on and so forth. Chichibu Night Festival also makes it on to a top three list or more accurately a “greatest” list. It is one of Japan’s three greatest Hikiyama (pull-float) festivals in Japan. Together with Gion Matsuri in Kyoto and Takayama Matsuri in Gifu prefecture.

The floats of this 300 year old festival are very different to the better known Mikoshi (portable shrine). 「奉奏」are on wheels and are drawn by a rope, by bearers clad in traditional festival clothes.  There are a number of different floats classified as Kasaboko or Yatai, both with beautifully carved ornate roofs. There are two main differences between them.  The first is that the Kasaboko have an appendage on the roof. They remind me of Yorishiro, the white paper decorations you see around trees at shinto shrines. The Yatai does not have this decoration. The second is that the Yatai have room for performers to sit and play music and / or dance, which Kasaboko do hot have. The floats are pulled around the town on both days of the festival:

On the 2nd the floats will be pulled from Chichibu shrine from about 12 noon first to Miyakawa then Moto Machi, Naka Machi and finally Kami Machi at approximately 4 pm. During this time you can watch the floats being turned and danced around the street. The yatai will have live traditional music, moreover you can witness traditional dance. From 10 am to 3 pm you can see traditional performances in Chichibu Shrine. From 4 to 6 pm there is a taiko drums performance. You can also enjoy other traditional music performances around Seibu Chichibu station. The fireworks are generally held from about 7 pm.

Generally, on the 3rd the you can see the kasaboko and yatai all around the city from 9 am to midnight. The yatai will be pulled with traditional dancers performing in the float, from just before 10 am on the same route as the 2nd: from Chichibu shrine to Miyakawa then Moto Machi, Naka Machi and finally Kami Machi which will be around 1 pm.

Moreover, Chichibu shrine will have music and traditional performances from 10 am to 3 pm. You can also see a Yatai Shibai, stage performance, from 11 am to 2 pm in Naka machi near the kaijyou 会場. You can enjoy Oneri (Kabuki Douchuu) a type of acting performance between 2.30 and 3.30 pm moving from around the Chichibu shrine area right down to Yao Department store.

From 10 am to 7 pm there is also live taiko drum and other traditional music performances around Seibu Chichibu station and Chichibu Tetsudo station. The large firework display is from around 7.30 to around 10 pm. The fireworks on the 3rd include starmines.

Dates / Hours: Every year on December 2nd from 10 am to about 8 pm and December 3rd from 9 am to midnight.

From the Chichibu Tourism English webpage

To make your visit to Chichibu even more special, you can take a Steam Locomotive from Kumagaya. The SL Paleo is the closest running Steam Locomotive to Tokyo. It usually only runs on the weekends at this time of year, and will stop shortly after the festival until winter is over. But they run the route especially for the Chichibu Night Festival. However, there is only one train up and one train down. And if you are going on a daytrip, the return train is too early to enjoy the afternoon and evening festivities.  You can take the train up in the morning and enjoy the views and the comfort of this popular and much loved steam locomotive.

Regular trains are usually very scarce in the evening in Chichibu, but each train line puts on extra trains for this special occasion. Usually the last train leaves around 10.20 pm. Please do check for up-to-date information on train times.