Get your Ninja on at Edo period amusement park 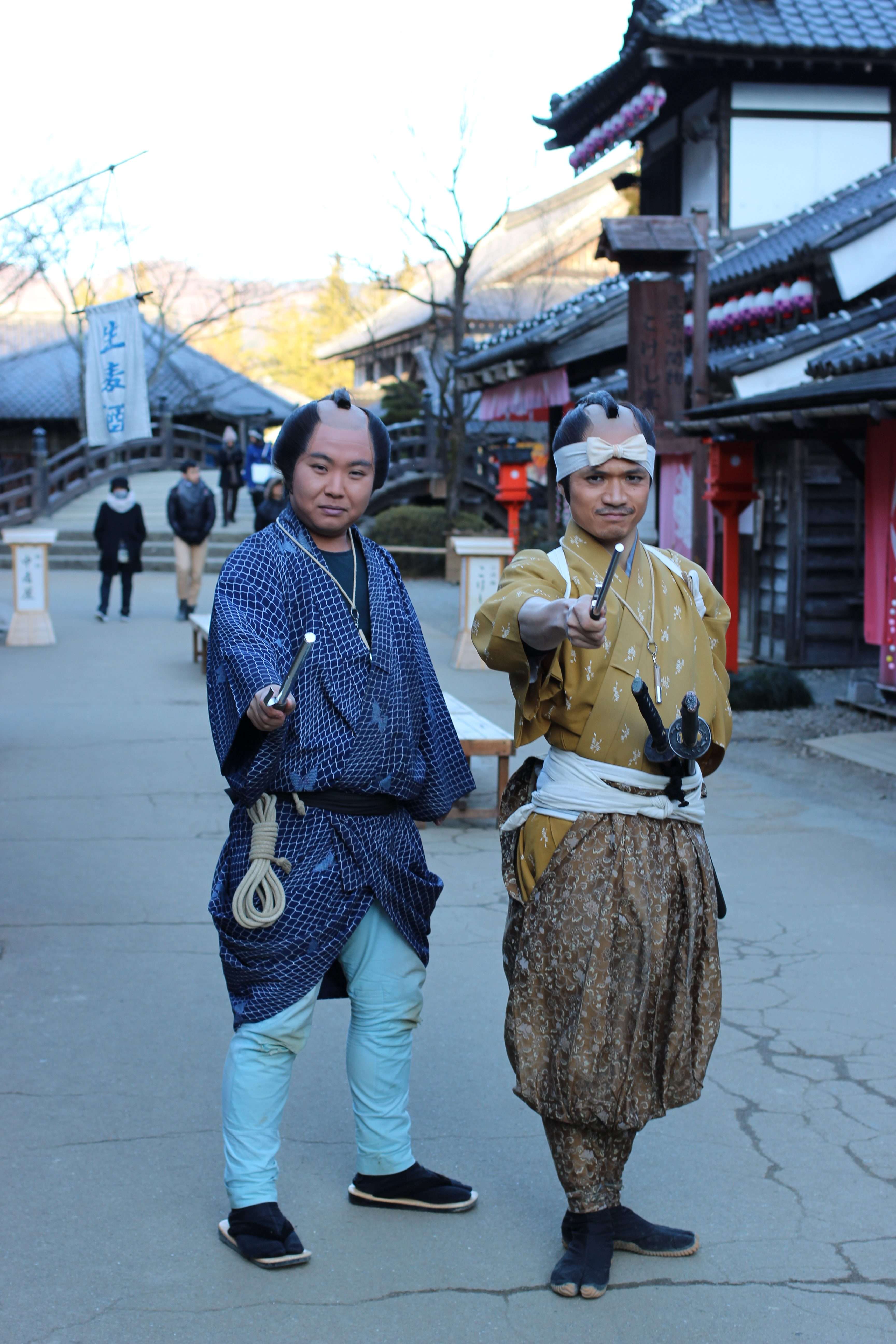 There are many reasons why people become interested in Japan. For me, my interest started when I was very little, but it was reading James Clavell’s Shogun as a prepubescent girl that really ignited the passion and desire to visit this illustrious country. Further to reading Shogun I got my hands on any fiction or non-fiction related to Japan, available in Ireland at the time. There was not a lot available then, but thankfully the stories of Miyamoto Musashi were. I read them fervently, intrigued and roused by the imagery of what life was like in the days of Samurai.

Those days may be long gone, but thankfully there is one place where you can step back in time and catch a glimpse of how life was in the time of Shogun, Samurai and Ninja. Edo Wonderland in Nikko, Tochigi, offers visitors the chance to not only witness what life was like in the Edo period, but to also experience it by dressing up in one of several costumes and trying your hand at some Edo period activities.

It is an amusement park in the sense that it is a park full of entertainment, but not in the typical sense. There are no roller coasters or any electronically operated rides in this park. It is one of only a few places in Japan were you can get a real feel for what life was like under imperial and shogunate rule.  Even better news for short term visitors to Japan, that it is relatively easy to get to and only a few hours from Narita airport. From Saitama, where we live, it took us less than two hours to get there, even with a pit stop.

A lot of people combine Nikko and Edo Wonderland in the same day, but I would personally suggest that if you are visiting with kids you allocate a full day to Edo wonderland. We were there for six hours with our four kids and it was not nearly enough time. We missed three shows, didn’t get to peruse the museum at the far end of the park and some other buildings, and didn’t have time to try some of the experiences available at this entertaining and educational theme park.  If you are just going for a half day you can get a discounted ticket for afternoon access only.

Even more hands on experiences

This is just the highlights, there are lots more things to see and discover at this diverse Edo period theme park.

I was in Japan 14 years before I visited Edo Wonderland, despite an interest in Samurai, Shogun and Ninja,. Part of the reason for that is because I had failed to grasp what exactly this park has to offer.  I was also put off by the price, but after being there realize it is worth every yennie, probably even more. But don’t just take it from me; my Japanese husband was unexpectedly impressed by the location. Also, my four kids aged between 3 and 8 years old absolutely loved it and have been asking to go back.

And my 19 year old cousin who was in Japan for sightseeing places it very high on her favorite touristy locations during her trip. You can also see all the excellent reviews on the Google Map at the bottom of the post. If you like quirky theme parks or dressing up or have an interest in the Edo period, Samurai, Shogun or Geisha… or particularly if you like getting your Ninja on: this park is a must for you!

Opening hours: Edo wonderland is open from 9 am to 5 pm from April to November and from 9.30 am to 4 pm during the winter months of December, January,
February and March.

Cost 2018: General admission is 4,700 yen per adult, 2,400 yen per child. If you enter after 2 pm (1 pm in the winter) the cost is 4,100 yen for an adult and 2,100 yen for a child. There are currently discount passes you can print off on their website. Please do see the official website for charges for groups, seniors and other up-to-date information:

By train Edo Wonderland is only about 2 hours from Tokyo. From the Tobu Asakusa Station you can take a direct train to Kinugawa-onsen station.  From JR Shinjuku , Ikebukuro and Omiya (Saitama) stations you can also get a direct train to Kinugawa-onsen station. You can take a bus or taxi from the station directly to the theme park.If you are already in the Nikko area you can get a bus to the park. There is detailed information in English on their website, click here.

Coming from Tokyo by car from the official website:

For more things to do in Tochigi click here.