Skip to content
There maybe changes to hours and availability of attractions due to the Coronavirus Outbreak.

**During the 2021 State of Emergency and Coronavirus Outbreak, events are subject to change and cancellation at a moment’s notice. Please do always check with the official website for any last minute changes or cancellations.**

The Bookshelf theater is an eight meter bookshelf with 50,000 books. It has been referred to as a “forest of books”. The theater is in the Kadokawa Musashino Museum. It is the pièce de résistance of the beautifully designed book and culture museum in Sakura Town. Part of the museum opened on August 1st and the grand gallery held its first exhibition. A very special commemoration exhibition “Kengo Kuma: The Birth of an Art Space Connected to Nature – Transcendent Architecture in Stone and Wood. 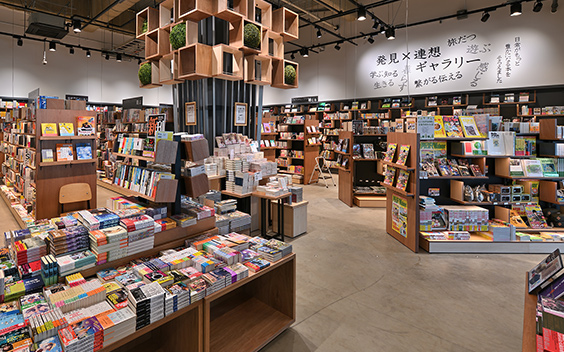 Kadokawa Corporation (publishers) announced the major “Cool Japan Forest Project” development Sakura Town in Shin Tokorozawa. A detailed preview into the development came out earlier in this year in one of Kadokawa’s magazines:

<<This is an Amazon Affiliate link, for more information on Insaitama.com legal and privacy page here. >>

The museum combines a library, art gallery and science museum. It looks absolutely stunning. One section, not surprisingly given Kadokawa’s reputation as a manga publisher, is dedicated to manga and light novels. There is also an anime museum within the Kadokawa Museum. You can see details by floor in this post here (click).

The museum is open from Wednesdays to Mondays, closed on Tuesdays. It opens from 10 am to 6 pm, except for Fridays and Saturdays when it opens until 9 pm. (Last entry is 30 minutes before closing time everyday).

Tickets cost 1,600 yen for adults, 1000 yen for students and 700 yen for elementary school aged children. Booking is now open on their website (quick link). At the moment (July 16th) the calendar is wide open, but it may book up soon.

All images from the Sakura Town official website unless otherwise stated.

Find even more cool events and news for Saitama on the Saitama events calendar.

By car: the resort is about an eight minute drive from the Tokorozawa Interchange of the Kanetsu Expressway. Parking costs 200 yen for 30 minutes. However, the maximum you pay on a weekday is 600 yen and 1,800 yen on the weekend. The Sakura town main car park closes at 8 pm from Sunday to Thursday and at 10 pm on Fridays and Saturdays. “Dai Ni” and “Dai San” car parks are open 24 hours.

Other articles about Sakura town

Map, contacts and links in the grey details box below the “related posts” ⇊

Events by their very nature are tentative. Please do check with the official sources for any last minute changes due to weather or other mitigating factors, particularly with the current Coronavirus outbreak.