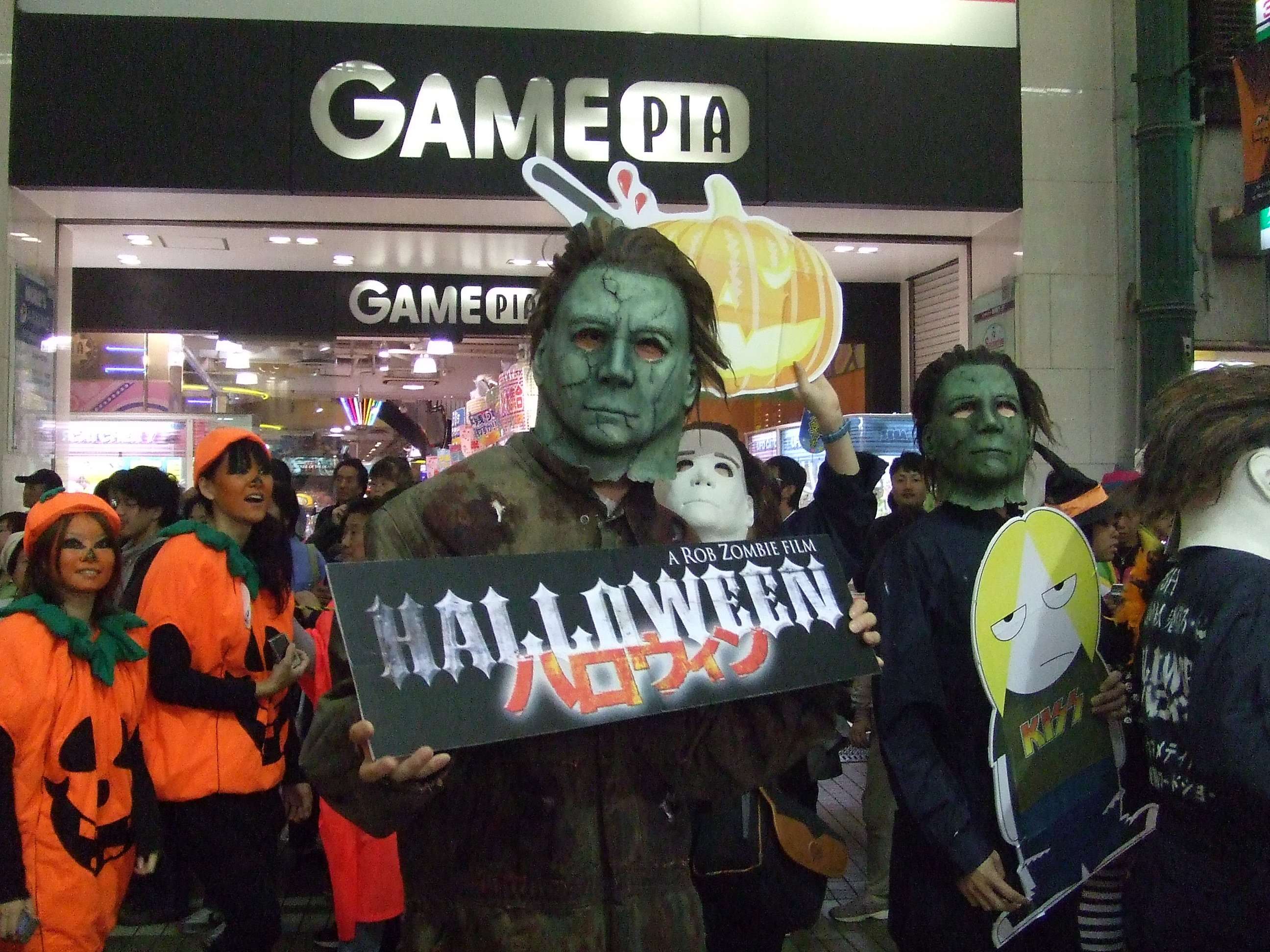 This year, 2021, Kawasaki released the very sad and unexpected news that the Kawasaki Halloween Parade is to be no more. They have discontinued the Halloween parade after 24 years. Fear not though! You can find dozens of Halloween events that are going on around the Kanto plain in 2021 – and beyond – right here.

As Halloween has its origin in my home country (Ireland), I have observed Halloween in Japan with interest! They don’t celebrate it like at home: for example there is no trick-or-treat or Halloween night bonfires. However, they do mark the event and celebrate it in different ways. Parades are quite common and popular. The Kawasaki Halloween Parade, Kanagawa Prefecture, is the most famous.

What is Japan’s largest Halloween event?

Is there a Kawasaki Halloween Parade in 2020

Yes. However, the 24th annual Kawasaki Halloween parade will be held online on October 31st in 2020. The theme is #oneworldhalloween. Entries for the costume contest can be submitted online. The grand prize for the best costume is 500,000 JPY! Entering the parade and contest is free, but you must be in Halloween costume. You can watch the parade for free too.

The English web page for the 2020 Kawasaki Halloween parade and costume contest has been launched. You can access it here and submit your entry for the Halloween parade.

How to watch the Halloween parade on October 31st

You can watch the parade and Halloween celebrations live on October 31st between 6 and 8 pm on Tiktok or on Youtube:

You can also watch it on Cable TV You TV: https://www.netyou.jp/

They will host their costume contest in 2020 too, but to enter this year you can send a video to the organizers. They will start accepting entries on October 1st. Don’t get caught out – the closing date for entries for the costume contest is October 25th.

You upload your entry through the official website. Please note you must be in a Halloween costume and also the format must be video. The link will be made available from October 1st here (click). (The website also has lots of great links with information on how to make a costume!) Furthermore, it is free to enter the contest. Moreover, the grand prize is 500,000 Japanese yen. The judges are Lilico, Etsuko Egawa and Shubou Shinnosuke. The winner will be announced on October 31st.

There will also be a small trick or treat event around the area of the Kawasaki station from October 9th to 31st. They have indicated they will release more information in early October.

In a “normal” (non-pandemic!) year

The Kawasaki Halloween Parade is held every year (all things being equal) in the month of October. Over the years since I last visited, the event in Kanagawa has become more than just a parade and is now Japan’s largest Halloween festival.

There are over twelve Halloween events held in the area each year, from kids friendly Halloween activities, to DJ performances, haunted house, a Rocky Horror Show, Halloween Bazaar and several more seasonal events. The number of people who attend has also grown significantly since my last visit.

In 2008, for the first time since I came in 2000, I went to a Halloween Parade.  There were a number of parades over the weekend past, 25th & 26th October, but we met new friends at the one in Kawasaki.  Kawasaki is a city on the Tokyo side of Kanagawa, a 10 minute train ride from Tokyo JR’s Shinagawa train station.

The parade started at 2.30 pm and supposedly had around 3,000 participants.  There were a lot of witches and pumpkin girls, but what’s halloween without them!   If you are looking for a Halloween costume idea for this Friday, you might be inspired by some of the below!:

Halloween costumes at the Parade

No parade in Japan would be complete without some Disney and Anime characters:

And there are also lots of original entries too.

You can also see many pumpkin outfits at the Kawasaki Halloween Parade!

All photos taken at the Kawasaki Halloween Parade 2008