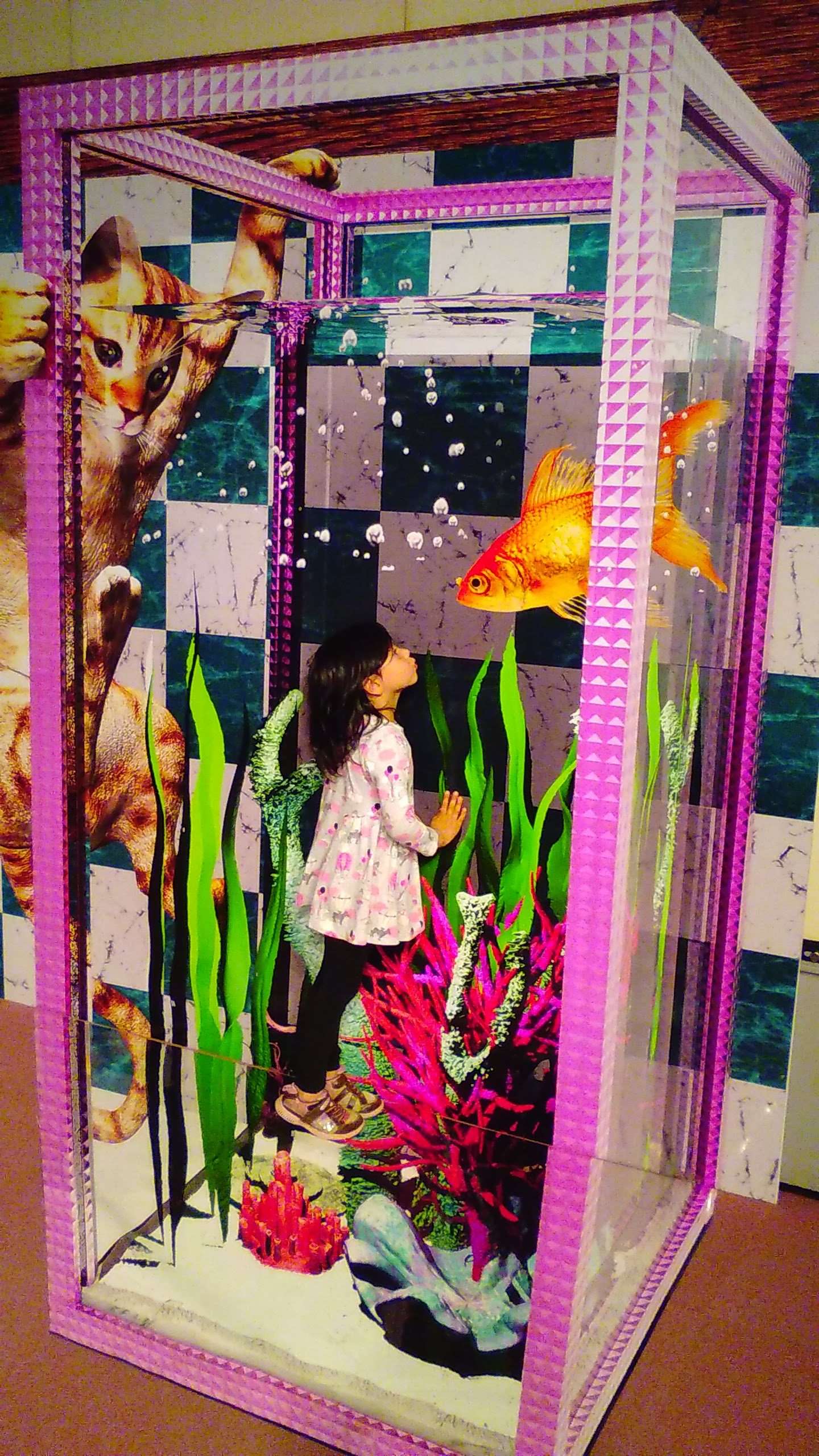 You know your city gets the tourism seal of approval when they open a Trick Art Museum! All the great tourist cities have one; Odaiba, Takao, Atami, Karuizawa to name but a few. The most recent addition to the honor roll: Kawagoe. The Kawagoe Trick Art Museum, at the crossroads of Fudanotsuji, was opened in April of this year. It is the first trick art museum to open in Saitama.

Kawagoe is becoming more new than old with the number of newly opened shops in the past  couple of years. This year there is an alarming increase in the number of new shops and attractions in Kawagoe, so much so its hard to keep up! My bus passes near to the new Kawagoe trick art museum, but I wouldn’t have known of its opening if it wasn’t for it featuring on a TV programme this last week. After seeing it featured on a special about all the newly opened places in Kawagoe I went to check it out.

The building was designed to look like the other old buildings in the area. And true to Kawagoe style, it doesn’t open until “late” – 10.30 am. Kawagoe is one of the most laid back areas I have ever visited in Japan. On weekdays it is not unusual for shops to randomly take a day off. Their opening hours are a law unto themselves. This is highly unusual in a country where punctuality is not only expected, but revered. I love that Kawagoe goes against the grain in this regard.

How to use the trick art displays

Like trick art displays around the world, there are markers to show you where to stand and take the photo to get the 3D effect. Some of the displays also have props laid out that you can use for maximum fun! There is an explanation of how to position yourself to get the full effect. As in the example above, an exhibit on the wall outside the museum that is free for anyone to use, the demonstration shows you how to position yourself. And in the photo below the stars indicate where to put your elbows. There is also a marker on the pavement indicating where you should stand when you take the photo.

The exhibitions in the museum / gallery are by none other than Masashi Hattori. The current theme is “The Strange World”. He is one of the most renowned trick art designers and his work is not only famous domestically, but he has a huge international following. Articles about his work have been written in the four corners of the world. I became a fan after we visited one of his travelling exhibitions in the Sayama Municipal Museum earlier in the year. (The current exhibition there is a Railway exhibition).

It costs 700 yen for adults, 500 yen for elementary and Junior High School students, and is free in for children 3 years old or younger. If you have a copy of this month’s issue of Moteco, there is a 50 yen discount on entry.

Any tourist bus or public bus to Fuda-no-tsuji will leave you within walking distance of the museum.

There is no parking at the museum, but there is a coin parking next door. It is quite expensive though at 300 yen for 30 minutes.