In: Learn in Saitama, Museums, Things to do in Saitama
Tagged: Anime, Hanno | Hidaka | Iruma, Only in Saitama, saitama with kids
With: 13 Comments 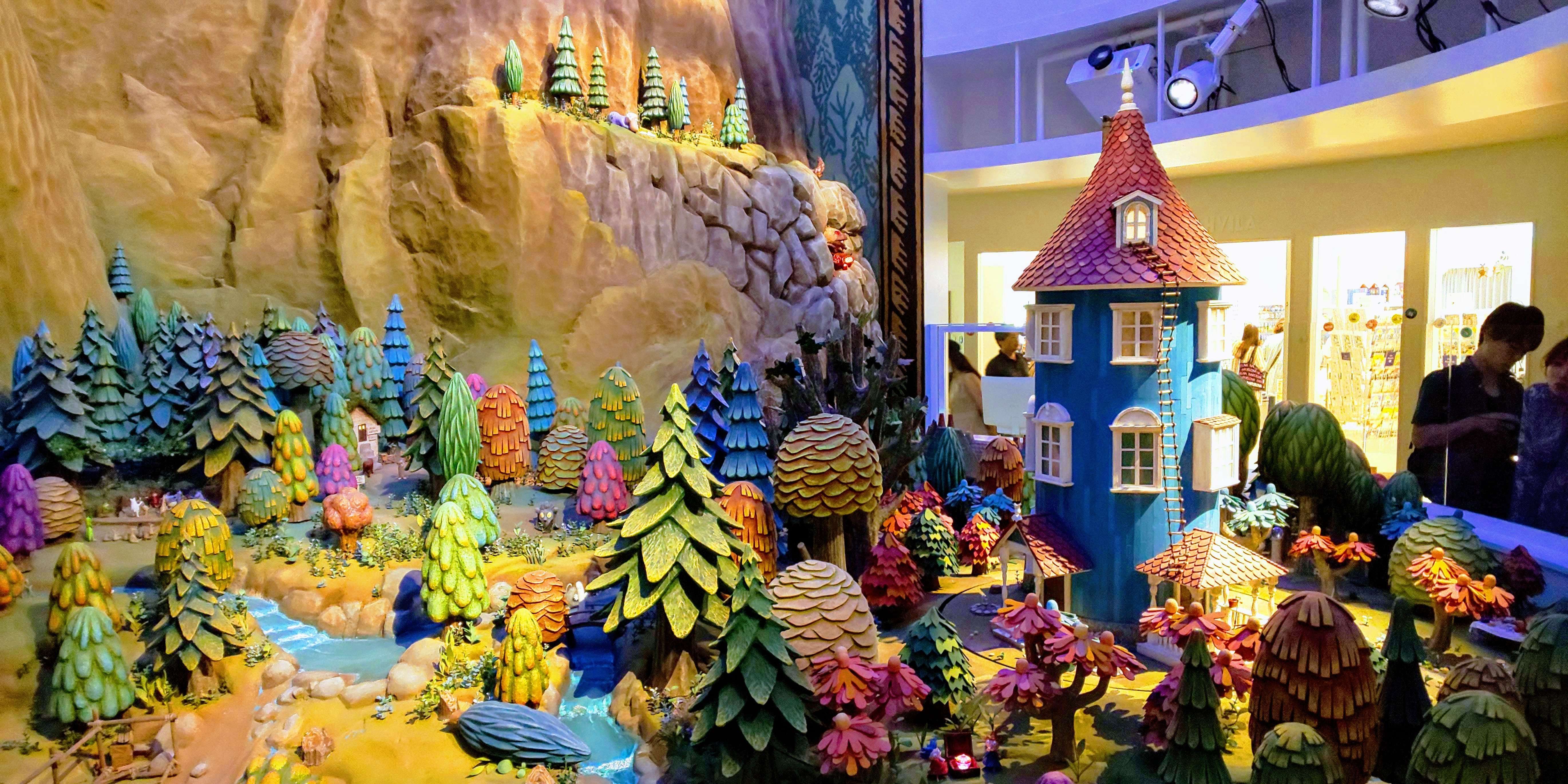 To confuse the issue further, there is another Moomin Valley ten kilometres down the road. They have recently promoting that one as the Tove Jansson’s Moomin Valley – because that really quashes the confusion (sarcasm)! The Tove Jansson one has been around for decades and is free. Its official name is actually Akebono Children’s Forest.

Kokemus is one attraction within the Metsa Moomin Valley Park. It is relatively close to Poukama, the welcoming and entrance area to Moomin Valley Park. It is the large building to the right of the central stage “Emma teatteri” and left of “Muumitalo” Moomin’s house. As you might have guessed already, the attractions are, in keeping with the Finnish theme of Metsa, all in Finnish names. I hope your taking notes – there’ll be a pop quiz on these names afterwards.

There is currently little online in English, bar a passing reference, about this hidden gem. Even on Google Map reviews there are only a handful of reviews in either English OR Japanese. It is the least reviewed of all the Moomin Valley Park attractions, but it is also the highest rating of all the attractions currently on maps. For us, it was unanimously our favourite attraction (followed closely by Hemulin’s playground) in the whole park.

We didn’t know what to expect as I hadn’t seen anything about the quirky, stimulating and interactive attraction concealed behind the popular Muumilakso ruokala restaurant. We assumed that the people entering that building were going in for the food. In fact, most of them were, but thanks to that we came upon the joy that is the Moomin interactive exhibits in Kokemus.

What to expect at Kokemus

Kokemus is the Finnish word for experience, and you can do just that at this exhibition hall in Moomin Valley park. What do you experience? For us, we really felt like we were in a storybook. Overall they aimed to draw you into the world of Moomin, pun intended. I think they succeeded pretty well.

I don’t want to give too much away, because I think part of the reason we did enjoy it so much is because we didn’t have any expectations. But hopefully I can give you enough for you to gauge whether it is something you’d like to see.

You enter on the 1st floor where you are greeted with a statue of Tove Jansson and her Moomin characters pictured above. Then you get an elevator up to the third floor and work your way back down through the various exhibits by a winding ramp and there are a couple of stairs too. There are two main interactive exhibits, a special exhibition and a permanent exhibition topped off with a Moominvalley diorama at the end.

The journey in Kokemus starts with the storybook exhibit. Each individual display has a page of the story “Comet in Moominland”. There is an image on the left and the text in Japanese and English on the right. But beside each page is a life size illustration of the page. Often 3D or with props or projection mapping to really make the story come to life.

At first I read each page to my four year old, but she was so engaged in the displays themselves she wasn’t listening (and it was quite noisy) so I gave up. But despite that on our journey home she regaled the story animatedly, in her own words. She had absorbed the story entirely from the visuals.

There are several other displays for the storybook after which there are another three exhibits. In one corner of the second floor there is a workshop where you can pay to do some crafts. On the first floor there is a special exhibit, and one of the few places you can’t take photos, before you come to the piece de resistance: the Moomin Valley diorama.

Beside the diorama, in which the Moomin House rotates, there is a small theater that shows documentaries about Tove Jansson and the Moomin books. When you leave this area you come into the Muumilaakso kauppa – the Moomin store with a large selection of Moomin merchandise. And then you are back beside the restaurant. There is a separate cafe too.

Depending on your interest level, the age of your kids, whether you are crafting or eating or not, you could spend anything upwards of half an hour at this attraction. My four year old absolutely adored this attraction. You could see how it mesmerized and enthralled her. And it really stimulated her imagination. Definitely one I will be visiting again.

Cost: included in the entry fee to Moomin Valley Park which is 1,500 yen for adults and 1000 yen for children aged four or older. Workshops and crafts are charged. Price depends on the craft / workshop, but generally about 1,500 yen.

When the park first opened the parking prices were exorbitant. Fortunately, they have reduced the prices over the years. In fact, parking is now free (2020) on weekdays and capped at a maximum price of 1800 yen on weekends.

There are buses to Metsa Village from Seibu Ikebukuro Line’s Hanno Station (North exit, bus stop 1) or from JR Hachiko Line’s Higashi Hanno station. If you want to walk from the stations, it takes about 35 minutes on foot from both. And from the entrance of Metsa (as above) you have to walk ten plus minutes to the attraction.