In: Festival, Seasonal, Spring, Things to do in Saitama
Tagged: flowers, Ikoka
With: 2 Comments 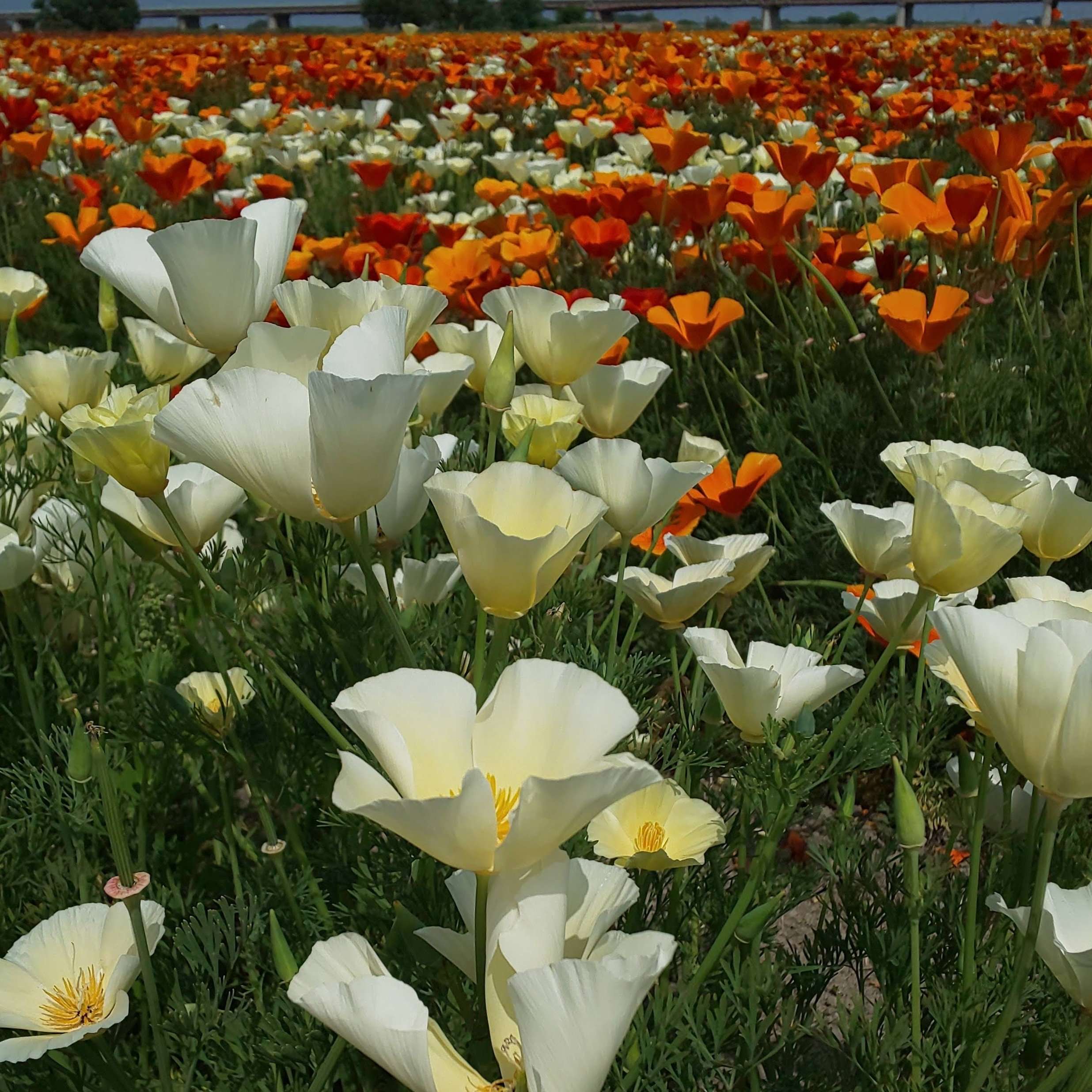 Kounosu Poppy Festival is an annual event held in May in the Poppy Happy Square – Kōnosu City, Saitama Prefecture, Japan. It is part of a larger Kounosu Flower festival with open gardens. The poppy festival usually occurs from the middle of May until the end of the month. In 2020, the 30 million poppies were unfortunately off limits due to Saitama being under a coronavirus induced State of Emergency. However, the poppies have been planted in 2021 and on April 30th there are already several of fields in bloom. Furthermore, this year they have Nemophila (Baby Blue Eyes) too. Moreover, they have even set a tentative date for the flower festival.

**The English for the city is intermittently spelt Kounosu, Konosu or Kōnosu**

You can easily commute between both fields by car, but it takes over an hour on foot. The Fukiage field only has a two day festival. The poppy field in Mamuro is the famous one that is referred to as Poppy Happy Square:

Mamuro poppy field is acclaimed because it is the largest poppy field in the whole of Japan. It is also thanks to this that the Kounosu Poppy Festival is famous throughout the Kanto plain. The Mamuro poppy field is most commonly referred to as Poppy Happy Square. It is approximately 12.5 hectares or 125,000 square meters and has over 30,000,000 poppies.

–Places to see poppies in Saitama–

Furthermore, other blooms grow in the fields. They have purple mustard fields most years, including in 2021. Moreover, in 2021, they have three Baby Blue Eye fields. Two of them are quite small, but one is a decent size and it is beside a field of orange poppies. The Baby Blue Eyes and Orange California Poppies is my favorite combination. And, as of the end of April 2021, you can already see this combination.

Apart from the Baby Blue Eyes, the mustard seed, Icelandic and California Poppies are already in bloom at Poppy Happy Square. Icelandic poppies always bloom earlier than the others. But the cream and orange Calfornia poppies are earlier than normal. Below is a photo of them mid May 2019. They are already nearing this stage on April 30th 2021.

I am not one for crowds, so I actually always try to visit the fields before the festival begins. The festival at Poppy Happy Square starts from the middle of May and runs to the end of the month. Often there are food vans from the end of Golden Week, but on account of the Coronavirus there may not be any at all this year.

Once the festival has started you have to pay for parking. But outside of the official festival period parking is free.

During our 2019 visit to the fields, just before the poppy festival started, they were pitching flags and signs for the festival, including the one above advertising the flower picking event. Normally during the festival, you can pick up to five flowers in a designated area for 100 yen. I don’t know yet if they will have this option in 2021.

The Poppy Happy Square is just one of eight of Kounosu’s “Japan best” claims to fame.

2 & 3 & 4. Konosu grows and ships the most Salvia, marigold and primula in all of Japan

5. Konosu has the longest water bridge pipe in Japan

6. You can cross the widest riverbed width of all Japan in Konosu

7. Konosu City launched the largest firework ever in Japan

8. The largest poppy fields of Japan are in Kōnosu…

So if you come to the Kounosu Poppy Festival you can see three of Japan’s best in the one area: the largest poppy field, the longest water bridge and the widest riverbed.

Poppies Saitama and poppy flower festival at the Poppy Happy Square in Konosu.

Festival dates: second half of May – you can see more details for the Konosu Flower Festival (including the poppies) in English in the event post. It is updated annually.

Hours: not specified – we were there before 9 am and the car park wasn’t roped off

Cost: free for the festival, parking costs 500 yen at both of the poppy sites.

The official website claims that parking is only available at the Poppy Happy Square during the festival period, but we were there out of the festival period and parking was not a problem. You do have to use narrow roads to get to the car park that only fit one car width wise. We were lucky we didn’t meet another vehicle – if we did, one or other of us would have had to have backed up.

By public transport: Take the “Flower Go” 「フラワー号」Mamuro course 「馬室コース」bus from JR Konosu Station’s west exit to the kyuushoku sentaa 「給食センター」. The poppy fields are about a 5 minute walk from this bus stop. There is a free shuttle bus during the festival season only.