In: ACTIVITIES, FACTORY TOURS, Learn in Saitama, Things to do in Saitama
Tagged: Hands on experience, Hiki District
With: 3 Comments 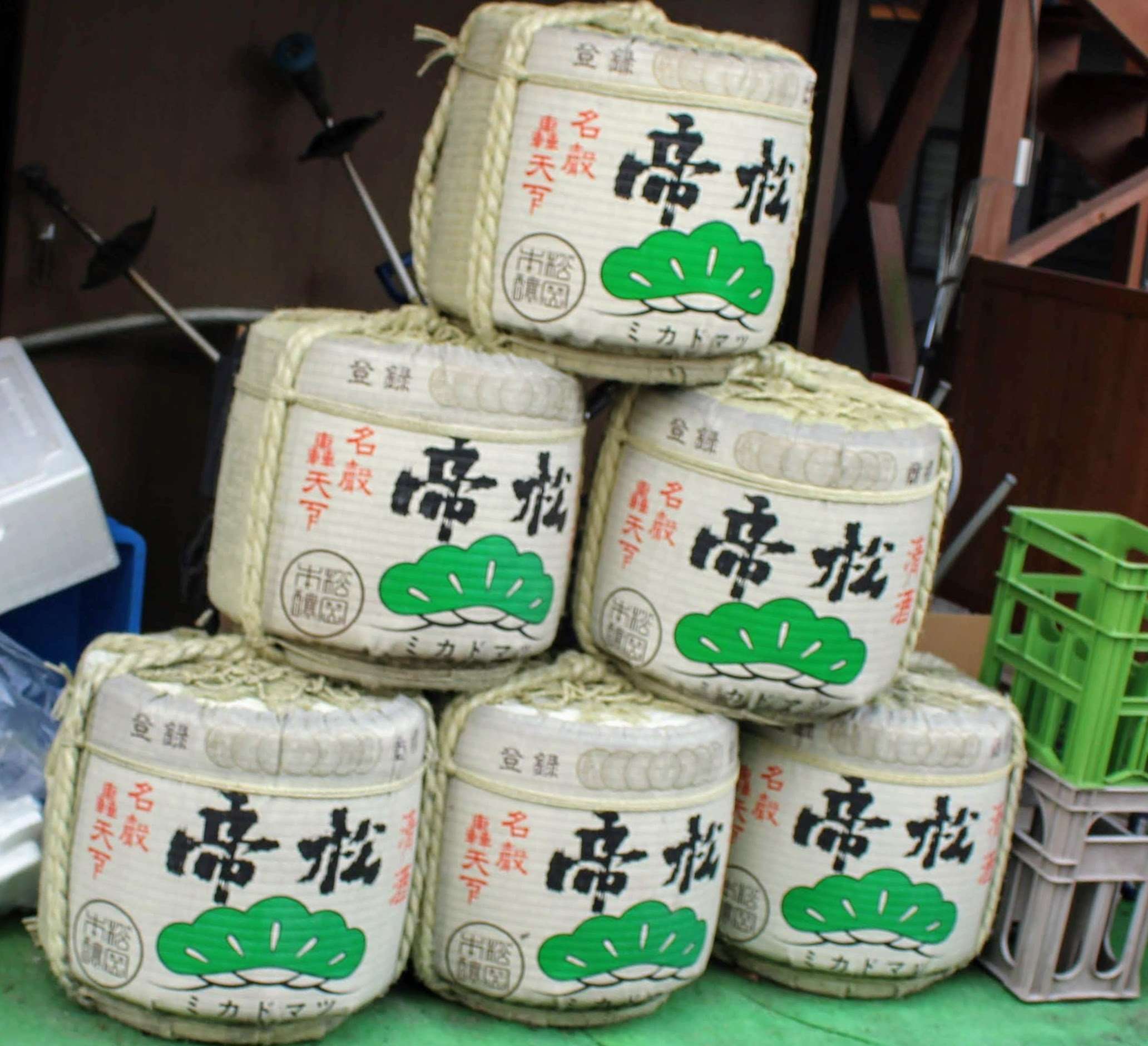 Tourist Brewery Japan: Matsuoka Brewery is a record breaking and historic sake producer in the agricultural and rustic town of Ogawa, Saitama

Matsuoka Brewery is a 168 year old sake brewery with an outstanding reputation. For eight consecutive years it has been awarded the title of “Number one Gold Winner Sake Brewery” at the National Sake Awards. The brewery welcomes tourists and interested parties and, once you book in advance, you can take a free guided tour of the premises.

Mikadomatsu is the name of the sake of Matsuoka brewery Japan. Literally translated it means “Imperial Pine”. But as a name of a brand it was chosen for its kanji characters not its literal meaning. The characters used to write the name where chosen to represent the hope and aim for Mikadomatsu to ‘prosper to the highest level’. Mikado is the kanji for Emperor and Matsu which does mean pine, but they chose it to symbolize prosperity.

The founder of Matsuoka was from a sake brewing family in Niigata. When he was setting out on his own, he chose Ogawa town for the location of his brewery for two main reasons. The first was the quality of the water from the Chichibu mountains. The second was that at the time Ogawa town was an important trading town.

In addition to the above reasons, our friendly and informative guide told us today that another impetus for the choice of the location was the access to fresh rice and paper. Supposedly at the time Ogawa was one of a few places that you could readily get your hands on paper. Our guide did elaborate on this, but I didn’t catch the full explanation. I am assuming the paper was needed for packaging and other functions within the brewery.

Recently I have started working as an official Hiki area tourism ambassador. The tour today was organised by the Hiki area inbound tourism promotion NPO. However, anyone can take the tour once you have booked in advance through their website.

If you have specified in your booking that you require an English speaking guide, one will be provided for you. I took the tour in Japanese, so there were parts of the explanation that I found quite difficult to grasp as a lot of the technical terms were new to me. However, there were photo boards which helped with comprehension.

The tour took about 40 minutes. We were guided through the stages of sake manufacturing by section in the brewery. November is the prime time to take a sake factory tour season as it is a key month in the sake production cycle. Especially in somewhere like Matsuoka where they use the traditional method of low temperature fermentation over an extended period of time.

Throughout our tour our guide was great for adding a personal touch and revealing extra tidbits of information. For example, he explained to us how during the winter months he refrains from eating anything with a strong smell, such as natto, for fear of transference to his beloved sake. He also joked how he looks younger than he is thanks to 50 years of drinking sake daily!

At the end of the tour we were offered a sample of three different types of sake. All smelt divine, but I had to refrain because I had to drive later that day. They have samples of the mineral water used in the production of the sake for drivers and children in a tour party.

Drinking and driving in Japan

Japan has a zero tolerance of drinking and driving. You can not drive if you have even had a drop of alcohol. The laws for drinking under the influence are stringent and unforgiving. And they prosecute passengers too. Even if a passenger inadvertently takes a lift without knowing the driver has been drinking.

Other facilities on site

This year, 2019, they opened a shabu shabu restaurant “Shohuan” on the premises. It affords great views of the mature Japanese style garden.

There is a beautiful little shop on the premises that sells sake – of course – as well as souvenirs and snack food. You can even pick up an ice-cream or shaved ice. There is a small drinking fountain of the aforementioned spring water at a small bamboo pump outside the shop.

If you purchase sake at a brewery, you are exempt from paying any taxes on it.

The brewery takes about 25 minutes on foot from the Ogawamachi station on Tobu Tojo Line. In a taxi, it takes about 5 minutes.

The nearest expressway exit is Ranzan Ogawa Interchange on the Kanetsu Expressway. The brewery is about a 15 minute drive from the exit. There is free parking for about 100 cars.