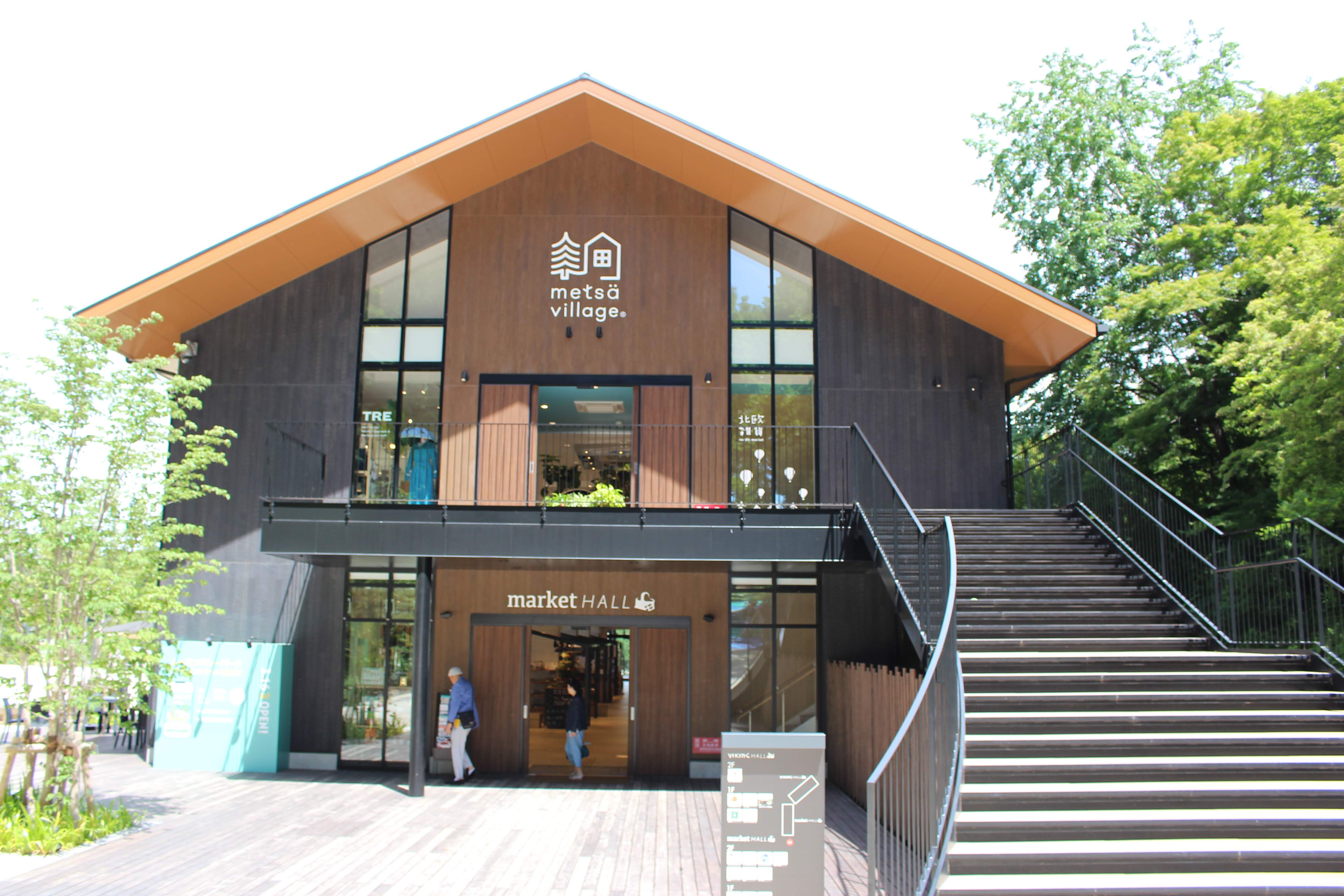 Metsä Village  – Metsa Village opened in Hanno City in Saitama Prefecture on November 9th 2018. Metsa Village is the free part of the larger “Metsa”, a Finnish leisure park around Miyazawa lake. The charged area is a Moomin theme park Moominvalley Park. The resort encompasses relaxation, activities, shopping and dining at both the free and charged areas of the park.

Moomin is a Finnish cartoon character. Hanno City has been home to a FREE Moomin park in Akebono Childrens Forest for several years. It was one of the reasons that Hanno City was chosen as the location for the first Moomin theme Park outside of Finland. The other was the landscape of the area, which is said to be comparable to Finland. Metsä Village was designed not only to compliment the Moominvalley theme park, but to use the natural landscape to create a leisure space reflective of and reminiscent of Nordic life.

The village is on the shore of Lake Miyazawa and surrounded by forest. One of the activities available is canoe hire. You can book to take a canoe out on the lake. Or if you prefer just sit and take in the view. They have some comfortable outdoor seats by the lake for anyone to use for free. They also have some eateries that have a nice view of the lake too. Unfortunately it would seem the barbecue “Utepils”, which was right on the lake, closed permanently this year.

Entrance Road is the colorful pathway from the car park down to the village. It is where the popular umbrella sky is displayed annually in the summer. In Autumn they have colorful flags hanging over the walkway. They play muzak throughout the day. There are some nice hydrangea along the walk in June.

Panza Funmock is a really fun “athletic in the sky” in the village. The entrance is near to the Starbucks. Both adults and children can play. You can read more about our experience at Panza Funmock here (click). (click).

As you come into Metsa from Entrance Road the Market Hall and Viking Terrace greets you on the right hand side. Market Hall is on the bottom of the building. The Market Hall is home to several small shops and a couple of restaurants, including a Saiboku store.

The 2nd floor (1st floor in British English) is home to the Viking Hall. Viking is the Japanese for buffet. The buffet restaurant has a great view of the lake.

Metsa hall hosts several of the events. It is also the space for pop up shops and seasonal events such as at Christmas:

One of the shops in the village is a Nordic Christmas shop where you can buy traditional European Christmas goods. Of course, Santa Claus is from Finland, so he likes to visit his home in Hanno around Christmas time each year. They also have a great Christmas market annually from November 1st to Christmas day.

Metsa is only about 10 minutes in the car to / from Sayama Hidaka Interchange of the Ken-o expressway. There is an upper cap of 1500 yen for one day of parking. When the park first opened you had to pay for parking AND book it in advance. They changed that a year after opening.

By train you can access the Village from either Seibu Ikebukuro Line’s Hanno Station or from JR Hachiko Line’s Higashi Hanno station. There is a bus from the station now that stops at the front of the resort, near the Entrance Road.

A sample of events at Metsa, past and present

2020-08-01
Previous Post: Fireworks 2021. The only fireworks in Saitama this August!
Next Post: The complete guide to the Kadokawa Musashino Museum in 2021