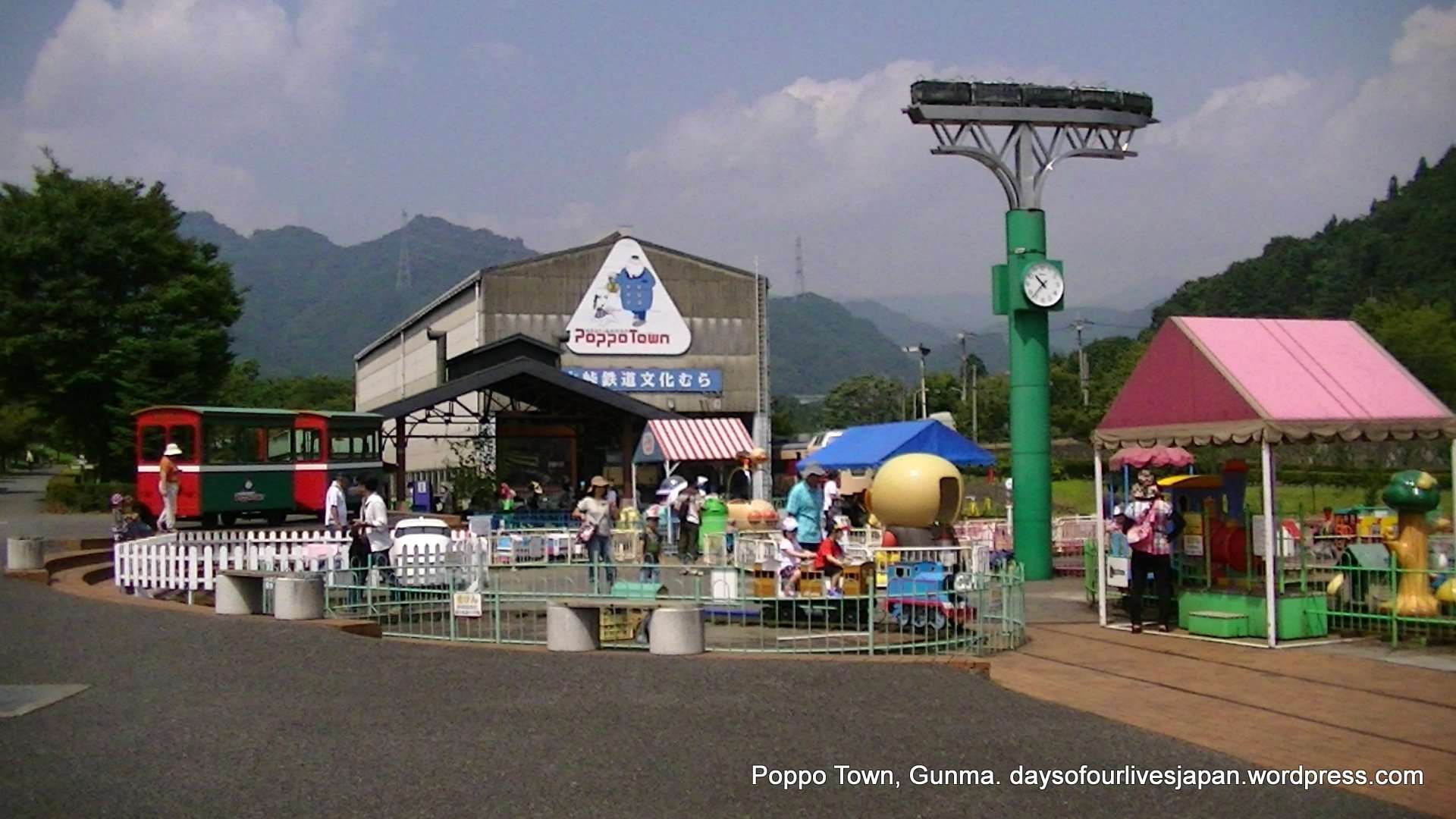 To be quite frank I was a little disappointed with Poppo Town, a Railway Cultural Village in Gunma, but I had high expectations due to the excellence of the Saitama Railway Museum which we visit often. There is no comparison between the two. The Saitama Railway Museum is in a league of its own. So taking Poppo Town for what it is rather than comparing it to possibly the world’s greatest railway museum, it was a fun day out with enough to keep a preschooler, a toddler and a baby entertained.

Usui Touge Tetsudo Bunka Mura aka Poppo Town is located in Annaka City near the Nagano border. The location is very scenic and there are also other attractions in the area, the most famous being the steam locomotive (SL). The steam locomotive runs through the city and the terminal is beside poppo town. We could see train-spotters set up with their cameras all along the train route as we came off the highway. We didn’t know at the time they were waiting for the D51 498 that would arrive later that day and we were very lucky to serendipitously spot the infamous SL oursevles. The train was removed from an amusement park 2 years ago for repair and restoration and now runs for special occasions in the Annaka City area of Gunma.

Within Poppo Town itself there are various amusement rides for children which cost extra to use. There are also some train experiences, such as a mini-SL and an English train that laps the town, that you can try out also for an extra cost. You can pay for a return ticket on a train that goes out of the theme park to a hot spring.

You can book to operate a real train on real tracks, this too costs extra. Some of the things you can do are for free, like try pulling a train with a rope or sitting behind the controls of a train. As most of the things cost extra it can add up to quite an expensive day. Also, in high season the train rides and simulators are often booked up by 10am. Another thing to note is there is little in the way of food so you might want to bring your own.

The unexpected view of a real steam locomotive was probably the highlight of the day. We had a fun day, but we’ve been, we’ve seen, we’ve tried and once was enough for us. However, I would like to go back to the area for autumn leaf viewing.

2 minute walk from the Yokokawa Station on the JR Shinetsu line.

4 kilometres from the Matsuida – Myogi Interchange on the Joshin Etsu Expressway. Parking is free. 220 parking places.

Entrance fee is 500 yen for adults, 300 yen for children over 6, preschoolers, toddlers and babies free. Train rides and amusement rides cost extra. Sometimes you can pick up flyers with a discount coupon of 100 yen.