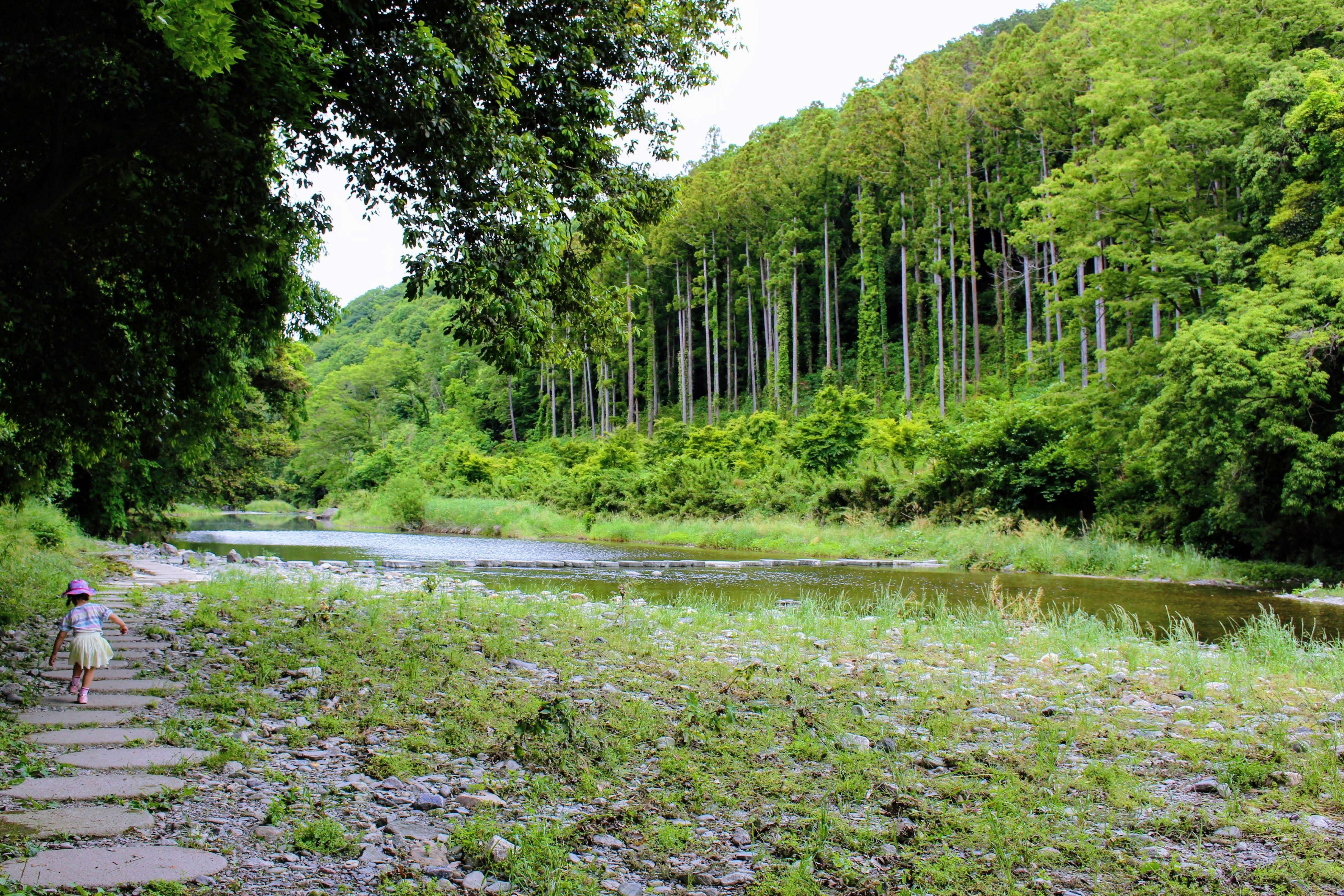 Review of the Ranzan Valley BBQ Area on the Tsuki River

Ranzan Valley barbecue area is a popular riverside day camp destination in the scenic area of the countryside in Hiki District, Saitama. It is commutable from Tokyo and attracts day trippers from around the Kanto plain. Please note that the Ranzan BBQ will temporarily close during the period of the State of Emergency in summer 2021. That is, from Monday August 2nd to Tuesday August 31st.

Ranzan Valley barbecue area is off the international tourist trail, but well known among domestic tourists. For eight years in a row it ranked number one for barbecue spots in the Kanto area on JTB Rurubu’s site. It even won the coveted number one position for the whole of Japan two years running.

However, in my humble opinion, it is not the best barbecue site in the area. It is convenient because it has more facilities, more shaded areas and is more scenic than a lot of the other BBQ areas in the Hiki District. They also have a nice barbecue rental area, off the stone beach in a designated area, where you can stone grill under a shaded area.

However, the site is also twice the price of most other barbecue sites. It costs 1000 yen for parking for cars. But if you come by foot or public transport it is free to use the riverside area. The rental costs are pretty standard though – 3000 yen for a brick grill, 1,500 for a stone grill. You can also rent smaller grills and barbecue equipment. Even sun brolleys, tables and chairs. And you can book a fully inclusive barbecue with food provided too.

The main advantage of this site for me is its location and proximity to seasonal attractions. For example, it is close to the cherry blossoms and horseback archery events that take place in Spring. And it is right beside Japan’s largest lavender fields, which bloom in June. It is also close to the butterfly park – Ranzan is home to the national butterfly of Japan. Furthermore, you can walk along the riverside for a short cut to the autumn leaves.

In Autumn the Ranzan valley is absolutely breathtaking dressed in shades of gold, orange and red. It is known as the “Arashiyama of Musashi Country” due to its resemblance of Kyoto’s famous Arashiyama area.

The Ranzan Valley Barbecue area gives access to the hiking trails. Although there are other places you can park for free, at least with the barbecue site you have some facilities and you know your car is safe.

With the 1000 yen you pay for car parking you get rubbish bags for sorting your trash and handing in on your way home. In autumn the car park is half price, but you don’t get any rubbish bags and you can’t use the barbecue facilities.

Ranzan Valley BBQ area has more facilities than a lot of other riverside barbecue areas in the Hiki District, but this section of the river isn’t as clean as other places along the Tsuki River. But it is a good spot to get out of the city and enjoy a country BBQ. The river beach is very stony though. And when we visited today the river bed was very slimy and also very smelly. However, it was after heavy rain and I did see some workmen getting ready for a clean up. On other visits the water has been clear and better than other rivers in the area. However, further upstream, such as in Ogawamachi and Higashichichibu, the Tsuki River is even clearer and cleaner.

My four year old loves playing in water, but she wasn’t very enamored with Ranzan Valley. We both liked further upstream where there is no space for camping out, just the river and the scenery. We left the Ranzan car park after just an hour – most of which we spent walking in the area. But we both LOVED our next stop…

If you just want a barbecue near the river, rather than on it, I recommend Fukurou No Mori which is only minutes away. You can also access the picturesque part of the river, right by the stepping stones, from this site. My four year old loved it there. It is a glamping style, all inclusive barbecue – just bring yourself and the rest is taken care of. Or you can just use their outdoor cafe, which we did today.

For a riverside barbecue or country BBQ, the Kurakake barbecue area in Higashi-matsuyama is a much better spot in my humble opinion. Although it is pretty, it is not quite as scenic as Ranzan, but the river is much cleaner and the riverside is more suited to pitching tents and tarps. It really depends what you are looking for and time of year too.

Other River BBQ areas in Saitama

Season: the car park is open and charged from spring until the end of Autumn. But the barbecue facilities are only available from April until October. In November, the car park is just open for people coming to view the stunning autumn leaves in the area. The 2021 barbecue season will start on Saturday April 3rd and run until the end of October. However, the barbecue area will temporarily close from August 2nd to 31st during the period of a State of Emergency to curb the spread of the Coronavirus.

Hours: open Saturday to Thursday from 9 am to 4.30 pm during the barbecue season. The car park closes at 4 pm from November 1st to December 6th. Closed Fridays except for during the summer holiday, Golden Week and Autumn leaf periods.

Cost: 1000 yen for cars, 400 yen for bikes for one day during barbecue season. 500 yen during “koyo” autumn leaves season. Please note that you can’t go out and come back on the same ticket. If you leave the car park once, you have to pay again to get back in.

Rental costs vary depending on what you are renting. You can see individual costs of equipment (with pictures) here. The barbecue brick grills and the fully inclusive barbecue (food provided) require booking in advance.

A scenic 40 minute walk from Musashi Ranzan station on the Tobu Tojo Line.