For the first time in 3 years, the Ryusei (Rocket) Festival

By: L M N
In: Autumn in Saitama, Things to do in Saitama
Tagged: Chichibu Area, Event, fixed date, Off the beaten path Saitama
With: 0 Comments

The Chichibu Rocket Festival is most commonly referred to by its Japanese name “Ryusei Matsuri” even in English, possibly due to the uniqueness of this 400 year old festival. Ryusei literally means dragon power. The Ryusei Festival, or “Chichibu Yoshida Dragon Power”, is a National Important Intangible Folk Cultural Property of Japan.

In 2019 the festival bus was cancelled due to damage in the area from typhoon Hagibis. The area was badly hit by the typhoon. However, the festival did go ahead. But the festival was cancelled in 2020 and 2021, due to the Coronavirus outbreak. The festival is on in 2022, but it is much smaller than normal and there are quite a few changes to a ‘normal’ year.

For example, in a ‘normal’ year they normally launch about 30 rockets, but in 2022 they will only launch 17. In addition, there is normally an area with reserved seating for viewing the rockets, but they won’t have that in 2022. Furthermore, the Anohana (anime) event will also not be held in 2022. They usually have a Thai exchange event too, but that won’t be held in 2022. Moreover, there will only be a few festival stalls this year. They will have a parking lot and there will be a shuttle bus from the station, but this year only from Seibu Chichibu Station and not Minano station. They will also broadcast the event live, on NHK Entertainment Plus, for people to enjoy from home.

One of the amazing things about this festival is that the farmers make the rockets themselves. Furthermore, they pass the tradition and skill down through the generations. Moreover, the “ryusei” were once made out of pine or bamboo and they used gunpowder to launch them.

The festival is held annually on the second Sunday of October, which in 2022 is Sunday October 9th. We had the very great experience of witnessing this festival a few years ago. Grant it, it was from a distance and away from the thousands of spectators, but we had a clear view and were in earshot of the unique and spine tingling sound of the rockets being launched. It is estimated that approximately 90,000 people come to the festival annually (pre pandemic figures).

“The Ryusei Festival, known for handmade rockets launched by local farmers, is held on the second Sunday of October every year. This is Muku Shrine’s annual festival, that has been continuing since early times. The festival is famous for handmade rockets called Ryusei (lit. dragon vigor) named after their resemblance to dragons ascending to the sky. Traditionally, there are 27 styles of rockets with unique gimmicks. More than 30 rockets are launched with a roaring sound every year. Although each rocket is handmade, it goes up to 300 to 500 meters, which shows a beautiful white line drawn in the blue sky.”

From an old English language tourism website for Saitama Prefecture, from memory it was called Sainokuni Web Guide, but unfortunately that website no longer exists. The image above the quote was also taken from that site in 2013.

From 8.40 am about 30 (17 in 2022) rockets are launched approximately every 15 minutes apart. Normally, they stop the rockets between 11 am and 11.50 am for the festival ceremony and they start up again after that. But this year, they will probably be finished by noon. 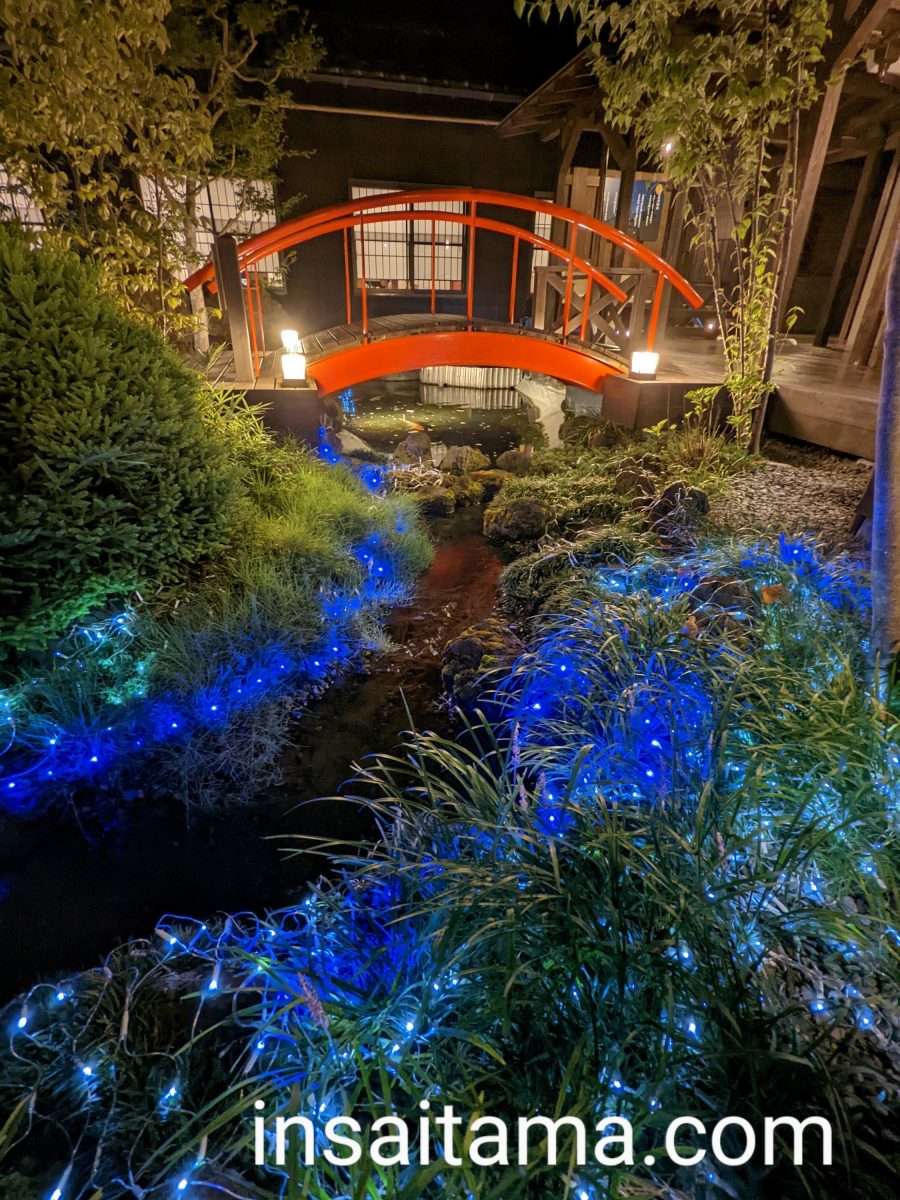 Check out this nearby hot spring

Take a bus from Seibu Chichibu Station bound for Yoshida. If you ask at the station, or follow the crowds, you’ll find the shuttle bus! Also, when you get off the shuttle bus, follow the instructions of the official staff.

By car it is a 40 minute drive from the Hanazono Interchange of the Kanetsu Expressway. There are about 7 free parking areas, they are all a good bit away from the launch site. Most of the parking areas are around Yoshida Elementary School.

Accommodation in the area

2022-09-10
Previous Post: Line Kudari: River boating on the Arakawa in Nagatoro
Next Post: A Special Scenic Riverside Area Visited By The Emperor