Saiboku No Mori – New in Hidaka

In: Life in Saitama, Play in Saitama
Tagged: Hanno | Hidaka | Iruma
With: 0 Comments 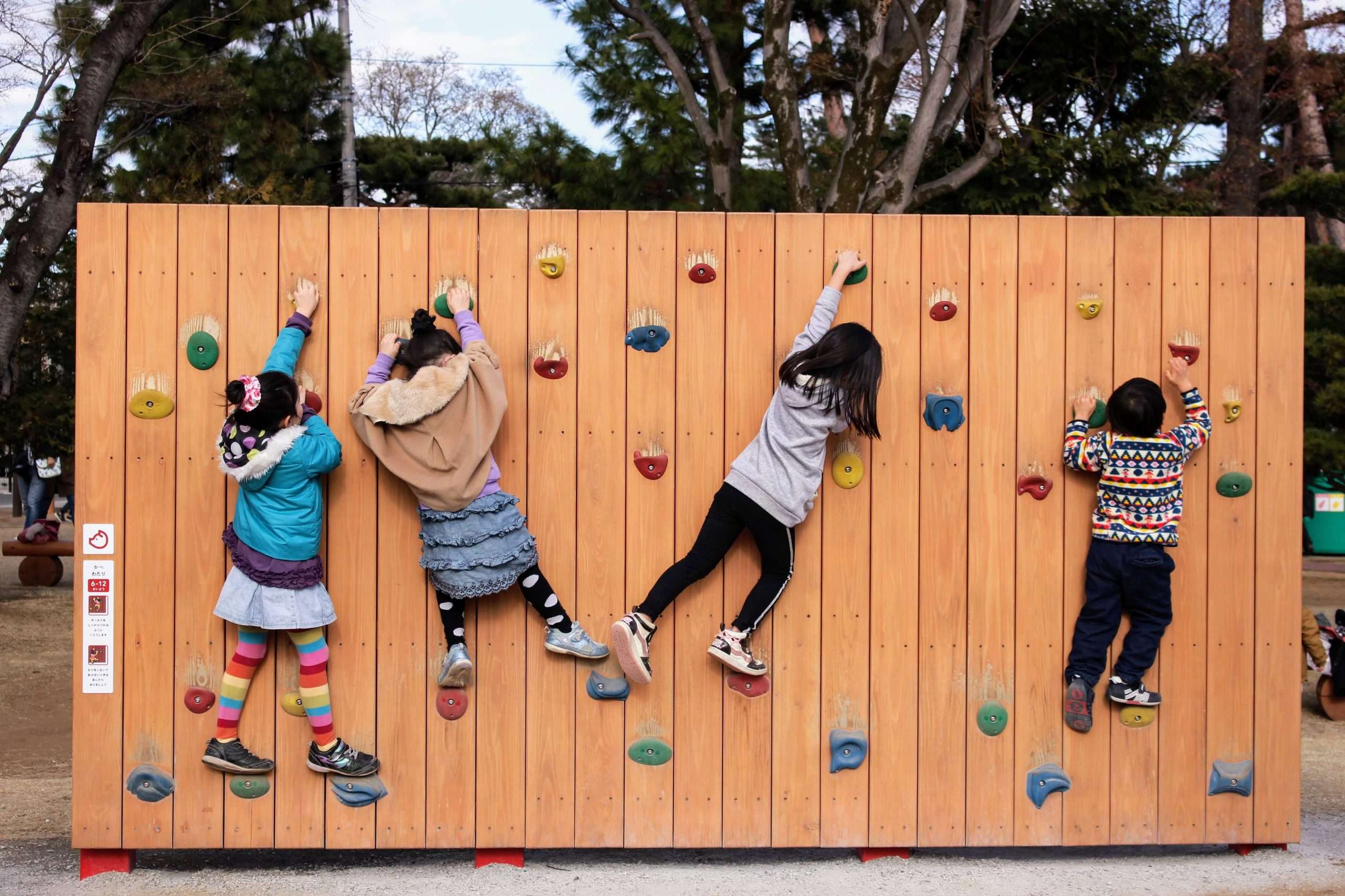 In September 2019 Saiboku Ham opened a new play area for kids where the putter golf used to be. It is a beautifully manicured hilly area of grass, with ten pieces of athletic playground equipment.

Saiboku Ham is the headquarters of a famous ham company that sells its sausages and ham around the country. The headquarters is more than just a ham factory. It is a kind of food theme park which also has a nice hot spring on the grounds. You can find more details and general information in English about the Saiboku resort on this blog here (click).

The new playground is located on the southern most end of the premises (back left in the above photo), in front of the main car park. There are an additional seven car parks around the hot springs. It is beside the pen pig, but currently the brown, white and black pig, mascots of Saiboku, are not in the pen. They won’t be for the foreseeable due to the threat to a virus currently going around that is harmful to pigs.

Saiboku No Mori, which translates into Saiboku’s Forest, is a charged athletic playground suited for children up to about ten years of age. My own ten year old tired of it quite quickly, but he was happy to use the large open space to play ball and run around. My five year old enjoyed it the best and played with the equipment the most. Her seven year old sister also enjoyed it longer than her older brother and sister (eight years old).

The park was absolutely packed today. So the kids had to wait in line to use the equipment. Both my husband and I felt that they really could have added another few pieces of equipment, especially as they have the space. A flying fox / zip line would be a nice addition. Who knows though, maybe in time they will add a few more pieces.

There are two play houses for smaller children at the entrance to the play area. They seemed to be very popular with toddlers. As did all the toys for sale strategically placed in front of the ticket office! However, they are toys that you can play with outdoors and in Saiboku No Mori. We bought a couple of Frisbees for just 150 yen each.

The equipment in the park has age guidelines on it, but they are older than they need to be. For example, this climbing wall says it is from 6 to 12 years old. My 5 year old could climb it no problem and it was far too easy for my ten year old. They are loose guidelines, that play it safe.

I really liked that the equipment in the park is quite safe. For that reason though it didn’t really stimulate my older two kids much. However, there is peace of mind in knowing that children are unlikely to have a serious accident at this playground. The area is well laid out and the open spaces were in as much use as the playground equipment.

There are plenty of benches, some which are under tarps to offer shade from the sun. Plenty of families had brought picnic sheets and there were even some with small one touch pop up tents. You can bring your own balls and toys into the park or buy some in the aforementioned reception booth.

There is no time limit and you can come and go as you please. You get a wristband to wear as proof of purchase. I thought it was very good value for money (cost in information table below). There was a really nice atmosphere and everyone there today seemed to thoroughly enjoy the new Saiboku No Mori.

It takes about five minutes in a car from the Sayama Hidaka Interchange of the Ken-o expressway, toward Tsurugashima.

From the West exit of SAYAMA CITY station on the Seibu Shinjuku line take a bus to Saiboku onsen.  It takes approximately 17 minutes.

From the West exit of TSURUGASHIMA on the Tobu Tojo line a bus to the terminal of the hotspring takes about 25 minutes.

Hidaka Sougou Park is only a three minute drive from Saiboku Ham. The excellent Chikozan Park and Zoo is also relatively close.