In: Play in Saitama, Things to do in Saitama, ZOO / FARM
Tagged: Eastern Area, saitama with kids
With: 1 Comment 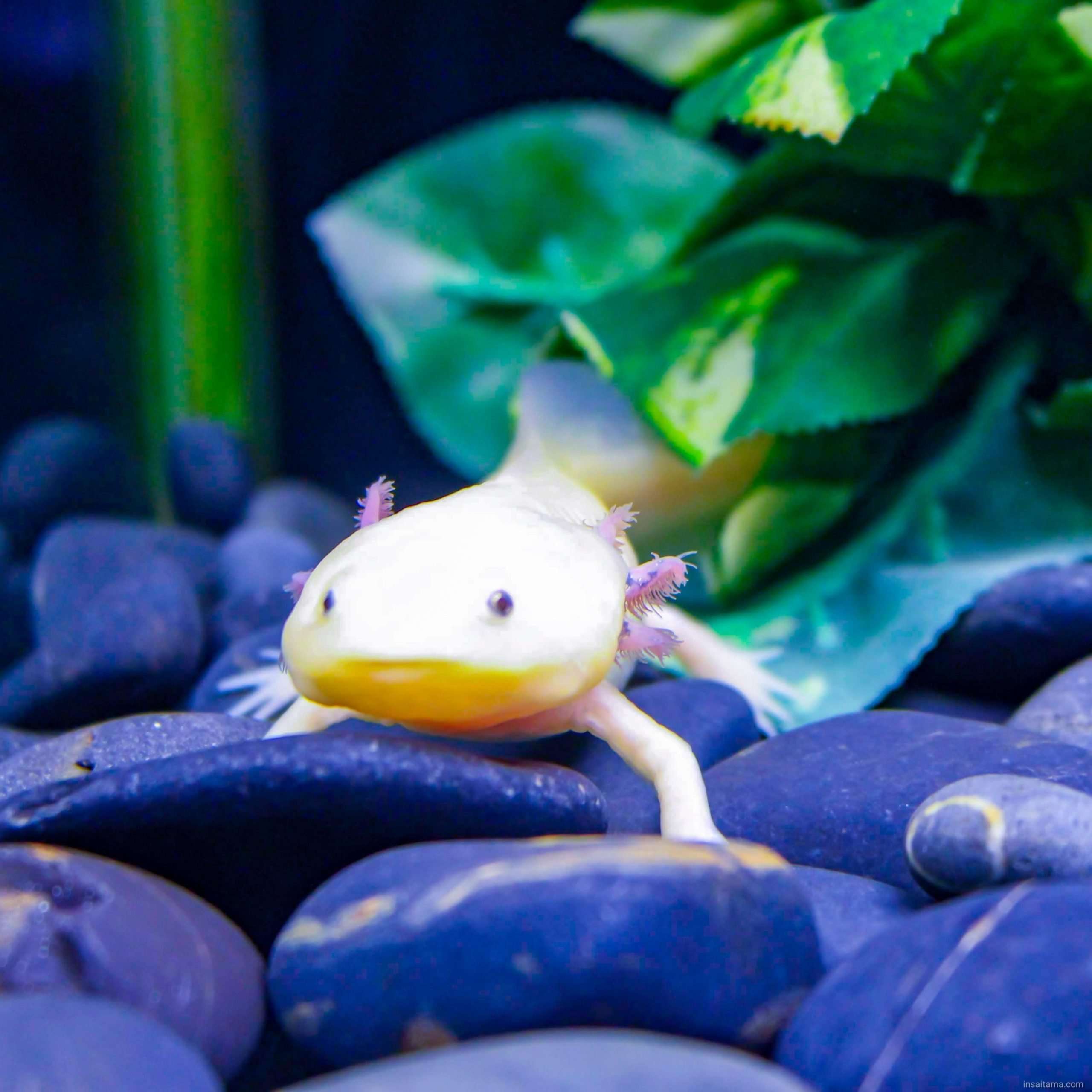 It was a pleasant surprise revisiting Saitama Aquarium this past week. We hadn’t been in around eight years. And the last time was a bit of a disappointment so we left it this long to visit again. In the eight years since we’d been there though they had improved both the aquarium and the park that it is located in.

Latest information May 2021 – the car park at Saitama Aquarium (and dozens of other municipal facilities) will be closed from Wednesday May 12th to June 20th. The Prefecture requested the closure of car parks to reduce the number of people visiting locations in attempt to curtail the spread of the Coronavirus.

The aquarium is located within Hanyu Suigo Park or Hanyu Riverside Park. Hanyu Suigo park is a multi purpose park which is great for families. There are a few other things to do in the park and it is picturesque during spring and summer seasons. The highlight for families is the play equipment.

The playground was opened in February 2013. But it still looks quite new. There are four large pieces of playground equipment with smaller pieces dotted around. Its pretty much like four different playgrounds. One of which is very like the playgrounds back home in Ireland. And the first time I’ve seen a playground of this type in Saitama.

Other attractions include seasonal flora including a beautiful cherry blossom park and there are boat rides between March and December. There is various types of athletic equipment too. And of course the aquarium:

Saitama Aquarium is one of only a few freshwater aquariums in all of Japan. The aquarium has both an indoor and outdoor section. However, you would only need an hour or two to enjoy the aquarium, and at least a half day to incorporate all the park has to offer too. The fish, amphibians and reptiles at Saitama Aquarium are all from bodies of freshwater such as rivers and lakes. They have some really unusual fish and amphibians on display at the aquarium. A sample:

The one I found most unusual was the Flowerhorn fish, because I’d never seen one before. It has a very distinctive appearance with what looks like a bulging brain at the top of its head. Supposedly they are a man-made hybrid bred specifically to respond to humans. They exist in rivers only because they were released into rivers.

I remember when these were all the rage a couple of years ago, featuring on various variety TV programs while they enjoyed their “boom”. Known as a Wooper Looper in Japan, the axolotl are a unique lake amphibian native to Mexico. They are a critically endangered species in the wild, but due to their popularity as a pet – especially in Japan – they are not at risk of becoming extinct.

Shark in the Park!

For my older children, aged ten and nine, the highlight of the aquarium was the sharks. In an outdoor area of the aquarium, they have several river sharks. Thanks to the set up of the display it is quite easy to get a good look at the sharks even though the water is quite murky, but for that reason it was hard to get a good photo.

I have seen large carp several times in Japan, but none as gigantic as the carp at Saitama Aquarium. These things were massive. Some as long as my arm or possibly longer. You can pay for feed to give to the carp, which are in the outside part of the aquarium right beside the entrance area.

Other fish, amphibians and information

The indoor aquarium doesn’t look particularly large from the outside, but it is long rather than wide. You wind your way through several displays which become more and more interesting as you go on. Or rather, the fish become more unusual. Then toward the end they have a more interactive area.

Just after the axolotl there is an area with turtles and crayfish. Children can touch both and / or pick them up. They have a fixed event when you can interact with them too at 11.30 am and 3 pm daily. See the “special events” section below for more information on events.

After the turtle and crayfish area there is another display area and then you come on the last area of the aquarium. In this area there are some photo ops. There is a goldfish tank that you can climb under and put your head into a dome for a photo with the goldfish. There is also a photo prop like an aquarium tank to get a nice keepsake photo. No flash photography is permitted, except at this display (you can take photos anywhere, you just can’t use a flash).

There is a baby changing area and a small play area in the aquarium. There are also toilets both indoors and out. There are some vending machines, but very few places to sit. However, the park next door is a great place for a picnic and, if it happens to be raining, just across the way to the entrance of the aquarium there is a sheltered area with picnic tables and more vending machines.

(Costs, hours, map and links are in the “Information” section at the bottom of the post).

The aquarium has regular daily events such as feeding time and turtle petting. You can also buy feed to give to the carp at anytime. They have weekly events, mostly on weekends, such as craft workshops and interacting with eels. And then there is the special seasonal events. We visited close to Valentine’s day and they had events for the occasion. For example, the aquarium’s mascot, Muuto Kun, was handing out free chocolate to kids at fixed times during the day. We also enjoyed one of their regular events:

On weekends the aquarium have a regular eel workshop. The kind and enthusiastic staff give a short lecture on the river eel followed by an opportunity to touch an eel. They explain in great detail how to touch the eels so as not to alarm them. They feel quite slimy due to a natural protective coat they have.

It would seem this type of interaction with eels is very therapeutic for children. You could see all the kids just sitting there silently gently petting the eels in the water. And very interestingly, the eels gravitated toward the children.

Tidbit: The park around the aquarium, Hanyu Suigo Park, is the location of the popular Mascot Yuruchara Summit annually.

Other places you can visit fish, amphibians, reptiles and / or animals in Saitama Prefecture: