In: ACTIVITIES, Play in Saitama, Summer in Saitama, Things to do in Saitama, Uncategorized
Tagged: Hiki District
With: 3 Comments 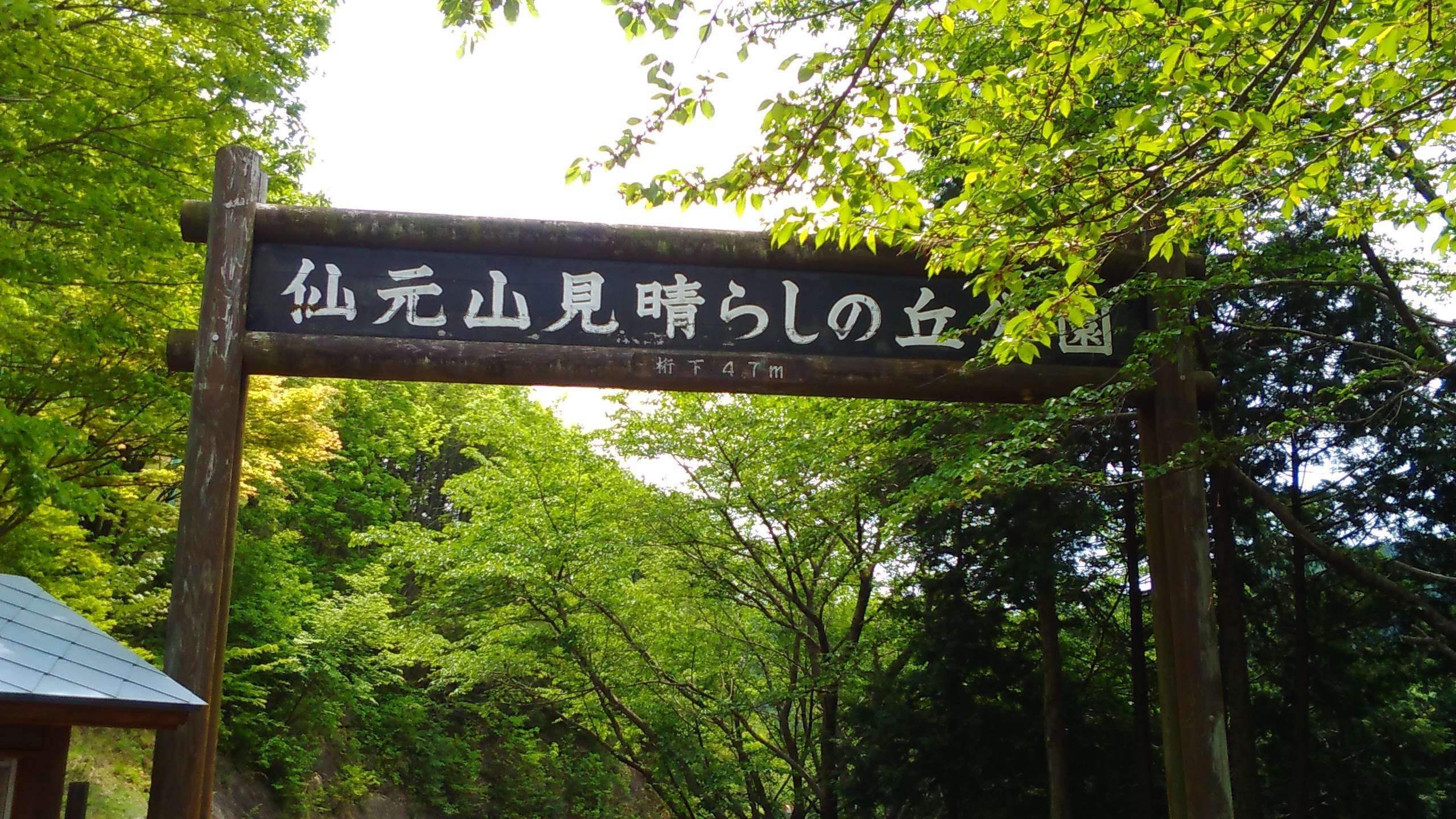 Nestled in the lush woods near the top of the 291 meter high Sengenyama, is the entrance to Saitama’s longest roller slide. The roller slide in Miharashi no Oka Park in the washi paper making town of Ogawa is 203 meters long. Moreover, if you can manage to slow yourself down long enough to enjoy it, gives a birds eye view of Ogawa Machi and the surrounding towns below.

State of Emergency 2021: please note that Miharashi Oka No Park, with Saitama’s longest roller slide, is closed until March 8th 2021.

Sengenyama Miharashi No Oka Park was quite far down my list of places I wanted to visit in Saitama. We only ended up visiting the park, because of an unexpected turn of events. Our planned trip on the Steam Locomotive Paleo Express to the family friendly camping site in Nagatoro didn’t work out. When we found ourselves passing through Ogawa by car instead, we decided to try it out. It was there or the more enticingly advertised Ogawa Craft Center. But as it was a fine day and we love the outdoors, we chose the outdoor attraction.  When I had previously read about Sengenyama I hadn’t quite grasped its lure. Miharashi no Oka Park is pitched as a long roller slide on top of a hill. But that description does it little justice and falls short of identifying the two main appeals of this remote attraction.

For one, it is for all intents and purposes a mountain rather than a hill.  It might not be quite high enough to officially make the classification of a mountain. But it certainly isn’t a hill by the popular definition. To put it into perspective we had to drive a long winding country road, with a steep decline on one side, to get to the park. The incline at the start of the road was steep enough to concern us that we might not make it to the top. It was reminiscent of a previous adventure to the Gojyou Falls in Hidaka. On that trip our car conked out in defiance of the gradient.

Secondly, the roller slide is thrilling as much for the speed you gain as to the height above ground you are. The slide is built high enough to pass above the road entrance to the park. At one point is about five meters off the ground.

The slide isn’t the only thing in the park. There are a couple of other things to offer a few hours of fun to a family in the area or passing by on the way to Nagatoro and / or Chichibu as we were.

There is a small athletic playground hidden in the woods near the entrance to the slide. Near the bottom of the roller slide there is also a smaller play area for toddlers.

The look out tower perched on the clear patch on the hill affords a fantastic unspoiled view of the towns below. Even if you don’t climb the four staircases to the top deck,  you can enjoy a clear view from the foot of the hill. See also facilities below ↓.

The slide costs money to ride, but it is worth it in my opinion, especially as parking is free. One ride costs 100 yen or you can buy a book of twelve tickets for 1,000 yen. I had read that the cost was 200 yen per adult and 100 yen for children, but on the day we were there they just took a 100 yen ticket when us adults ride. I don’t know if it was a special promotion or a discount for buying a book of tickets, but please note it might cost you 200 yen for an adult riding. My four year old and two year old were not charged for riding with us.

Children under six are not allowed ride on their own or with another older child. An adult must accompany them. Children over six can ride on their own. You can buy a specially designed wooden sleigh for 100 yen to use when you ride the slide. We bought two between our family of six and took turns using it. When we were buying the tickets and the cardboard seat the kids were given a chance to rotate a lottery drum. They didn’t get one of the coloured balls that represent a prize, but every child gets a small treat (snack) as a sort of booby prize.

It is opened Tuesday to Sundays (closed Mondays) from 9.45 am to 4.30 pm from March to May and September to November, from 9.30 am to 5.30 pm between June and August, and from 10 am to 3.30 pm from December to February. It closes from the 29th December to the 3rd of January annually. 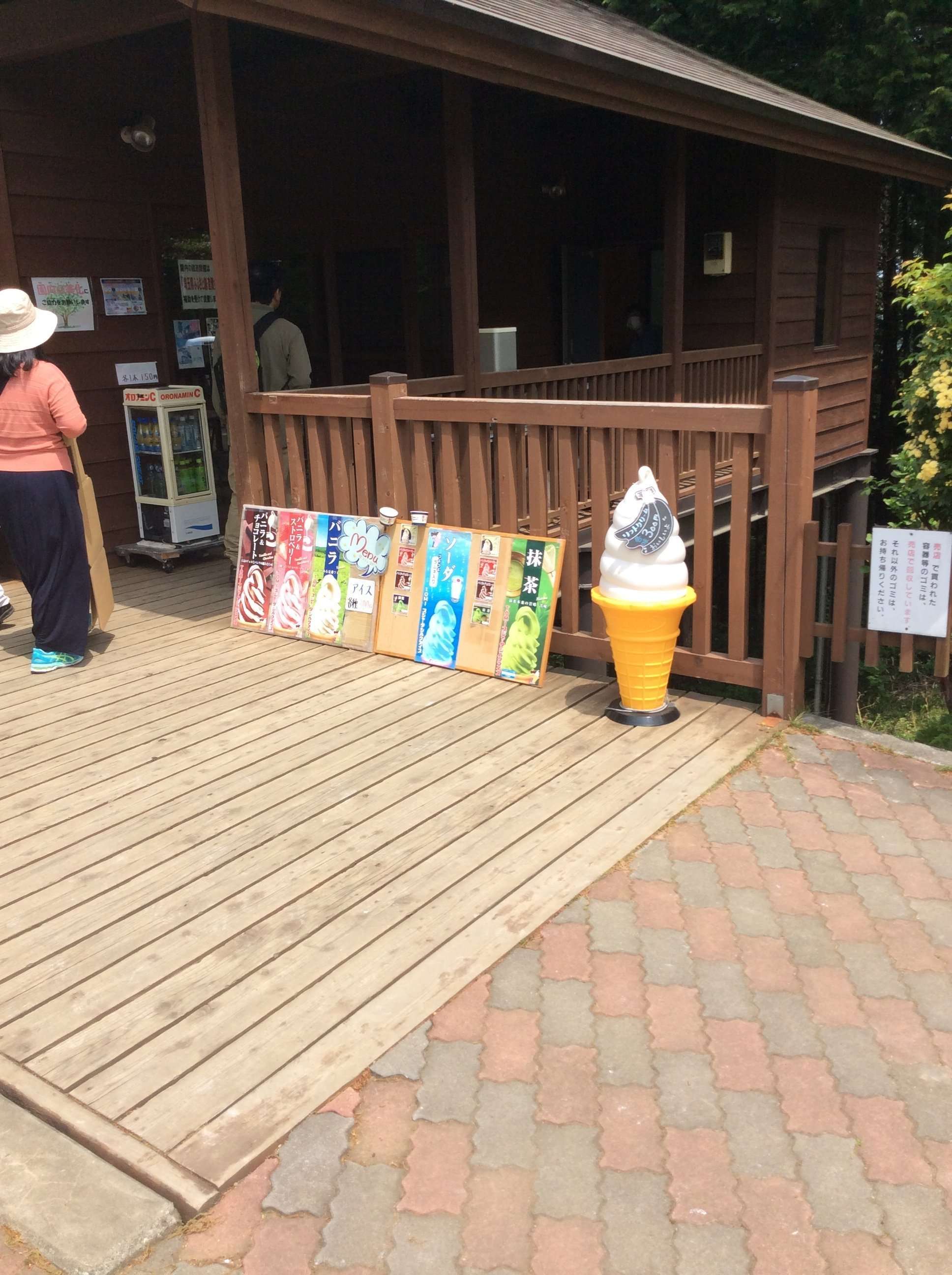 There is a little shop selling ice-cream on the grounds with some outdoor seating and you can also set up a picnic blanket on the green area around the look out tower. There are toilets and vending machines on site.

Sengenyama Miharashi no Oka Park’s roller slide is listed at the 7th longest in the Kanto region. The two longest in the whole of Japan are both in the neighbouring prefecture of Ibaraki.

The area also has some hiking routes and if you are coming by public transport the hike up and down is quite nice and manageable for even young children. It takes about 30 minutes. You can get a bus to and from the trail from Ogawa Machi station on the Tobu Tojo Line and the JR East Hachiko Line.