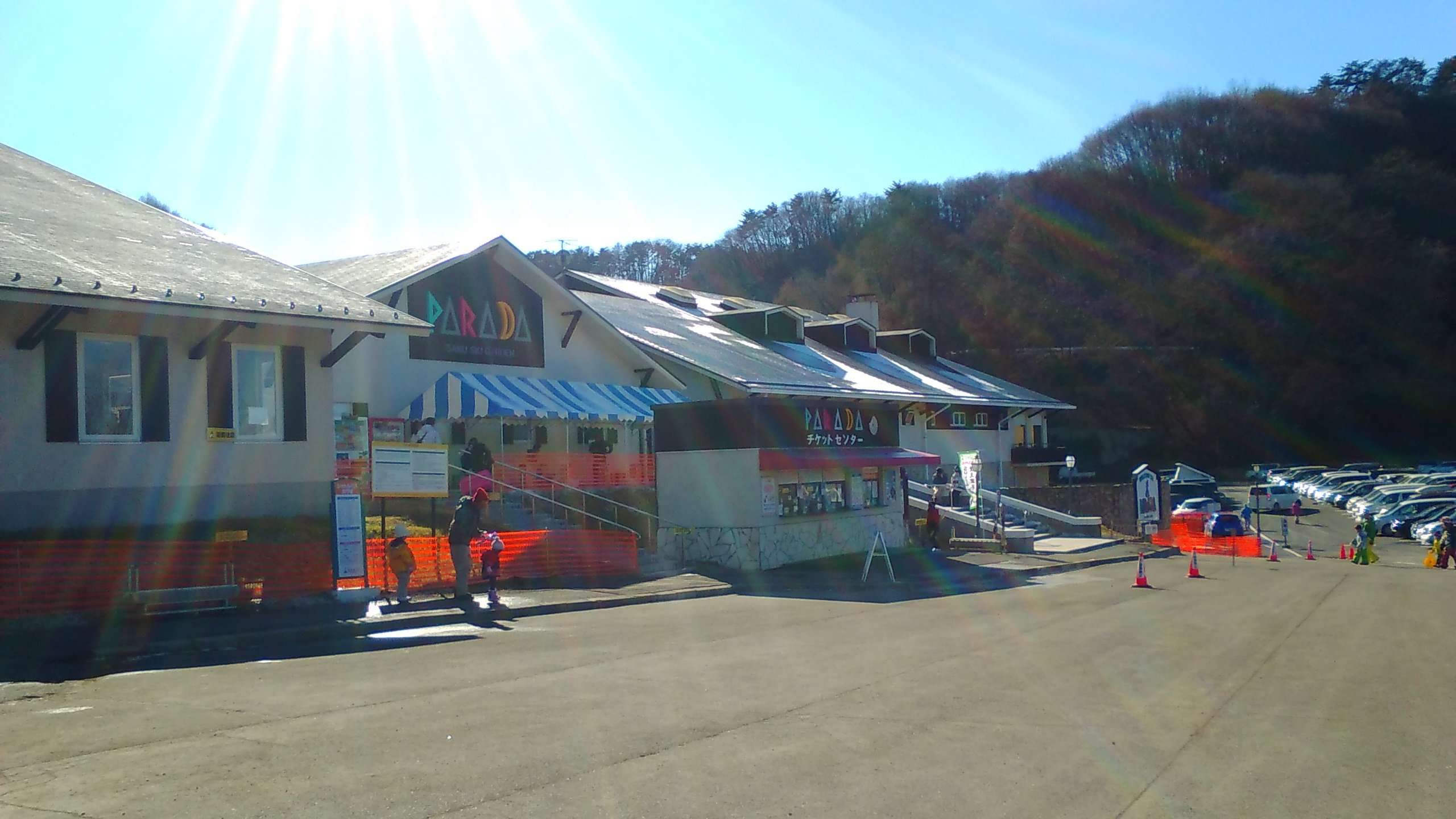 Are there any ski slopes commutable from Tokyo?

Yes, Saku Ski Garden Parada (Nagano) is a day skiing resort at a parking area. The ski resort is an actual expressway service and rest area stop. It has two opposite facing slopes on the same mountain. The south end is the expressway parking area.

Day skiing at a Parking area ski resort – Recently, we went skiing in Nagano. I use the term “skiing” as a general term for being in the snow, seen as very little skiing was actually accomplished. Plus, the snow was fake as at the time we were having a particularly warm winter. Regardless of the lack of real snow, or perhaps thanks to it, the kids had a blast. This is a good place to introduce young children to snow and/or skiing for the first time.

We went to Saku Ski Garden Parada which is a day resort; there is no night skiing and there is no hotel attached to it. We stayed in Karuizawa on one of our visits and commuted from Saitama in less than 2 hours on our next visit.

The resort says about 70% of their business is from families and that is the overall impression I got on our visits. There were kids of all ages enjoying the snow and plenty of younger kids in the designated snow play areas.

A round up of what I like about Saku Ski Parada;

Overall I thought it was good value, even for a family of six. I did have discounts for lift passes and for the play area, but asides from that the costs are fairly standard for that area.

For people coming by train it is also quite convenient as there is a free shuttle bus that takes 10 minutes from Sakudaira Station, which is less than an hour from Omiya by bullet train. It makes Parada a popular spot for those on a day ski trip from Tokyo or Saitama. From Tokyo its only 90 minutes by train and bus.

You can get up-to-date information on costs, snow, weather and more on the well maintained English webpage for the resort.

For things to do in Winter in Saitama, click here.

Accurate and up to date to the best of my knowledge at the time of publishing in 2016. Last update in 2019.

Planning a trip to Japan from overseas? Living in Tokyo and thinking of renting a car for a trip or drive? Here are some things to consider and useful information for driving in Japan.

Plaza Homes has excellent information for both long term residents in Japan and short term visitors. Everything you need to know about driver licenses / permits to legally drive in Japan here.

Rules of the Road

The rules of the road are very comprehensive and for the most part similar to many other countries. But there are some noticeable and important differences. For one, when you turning a corner on a green light more often than not pedestrians also have a green light to cross. And they have right of way.

You can buy an English copy of the rules of the road from JAF (Japan Automobile Federation). They also have several other languages available. They have digital and printed formats available. Link to the JAF Rules of the Road handbooks here. A very basic guideline is also available on the Plaza Homes website here.

The expressway (highway / motorway / freeway in Japan are managed by NEXCO. NEXCO has many sub branches, some of which have their own English pages. Nexco Central tends to have the most generic information covering everything from safety, congestion, rest areas and even trip guides. But for more detailed information on rest areas, also known as parking or service areas, the drive plaza suite is useful too.

The most important thing to note about the expressway in Japan – other than safety! – is the ETC system for the toll booths. You can pay in cash at the vast majority of toll booths, but please note that there are a few “smart” toll booths that can only be used if you have a valid ETC card. Information on the ETC card system in Japan here.

2016-01-24
Previous Post: Strawberry Picking with a play area | SAKADO
Next Post: Fun for everyone at Spocha in Round1 Stadiums