In: Local Kawagoe, Things to do in Saitama
Tagged: Kawagoe, New Years in Saitama
With: 0 Comments 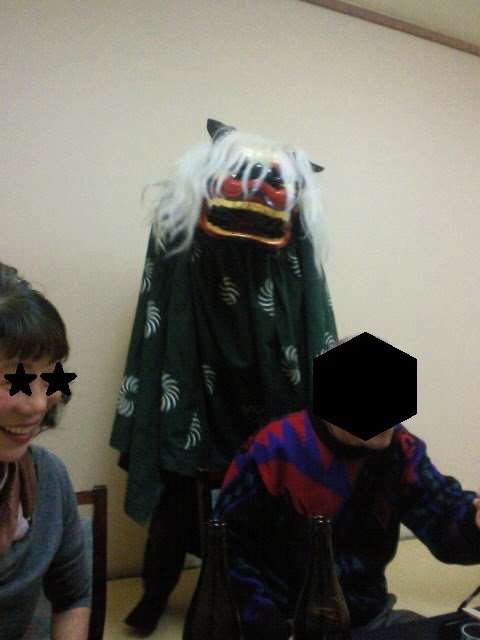 January is one of my favourite months in Japan.  It is one of the driest months of the year and probably the sunniest in Winter.  Between the weather and the festive atmosphere – New Year’s is as big in Japan as Christmas is in Ireland –  Japan is a great place to be in the first weeks of the New Year.

There are so many New Year traditions, customs and practices in Japan. Some are celebrated on New Year’s day itself, but many can still be celebrated throughout the month of January. I previously wrote about my love of the Daruma doll custom, due to it being the first New Year tradition I ever practised in Japan. Another New Year custom I really enjoy is shishimai.

In English Shishimai is most commonly translated as a lion dance. A person dresses up in a red mask usually made of lacquered wood, with white straggly hair and wearing a green gown. The mask often has a lower jaw that can be articulated. The green gown sometimes has 2 people under it, one who wears the mask and one who manipulates the movements of the tail end.  The dance is performed at various events throughout the year, but New Year’s is the most popular time for the dance.  It is thought to ward off evil spirits and bring good luck, especially if the lion bites your head.

Shishimai can be seen in various places, such as at Dezome Shiki and shrines and in restaurants:

For many years we enjoyed the experience of Shishimai at a kaiseki restaurant in Kawagoe; Fukutomi.  The rooms in the kaiseki are private and the lion dance performer and his companion (whose role I am not sure of!) come into the room accompanied by a traditional Japanese flute player. When my older two were smaller they were terrified of the Shishimai, but they have become accustomed over the years. The Lion Dance performer bites at the heads of the adults, or children who are not too scared, to bring extra luck for the coming year. It is a very interesting and unique experience.

Dezome Shiki is another interesting New Year event in Japan. Moreover, as far as I know it is unique to Japan. Dezome Shiki is a type of a show that displays firefighters prowess. The acrobatics on bamboo ladders by firefighters, not street performers, is a highlight of most of the Dezome Shiki. There are dozens of places you can see a Dezome Shiki during January in Japan.

What New Year’s customs do you enjoy in your home country or the country you are currently living in?