Kuki Lantern Festival / Tenno Festival FOR LOCALS ONLY in 2021

In: Things to do in Saitama
Tagged: Event, fixed date, Gyoda | Kuki
With: 0 Comments 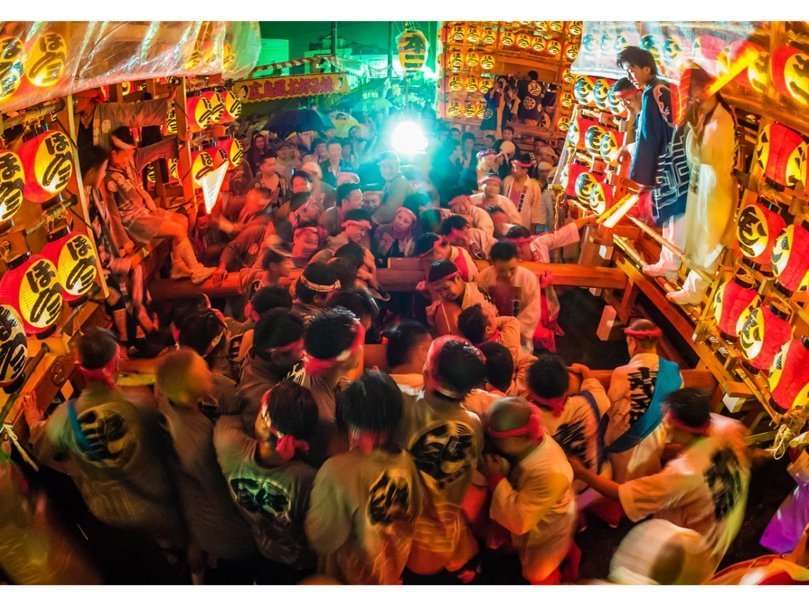 The 2021 Kuki Lantern Festival will be very different than any year to date. For one, the first day of the festival – July 12th – is only a religious event. That is, no floats or festival stalls. Furthermore, both dates are strictly for residents of the precincts (locals) only. Moreover, on this day also there will be absolutely no food or festival stalls.

Day 2 of the Kuki Lantern festival, or Kuki Chochin Festival, is held annually on July 18th. The first day is also on a fixed date: July 12th (click for information). It is the biggest lantern festival in the Kanto region (area around Tokyo). The featured image in preview thumbnail is from the official site linked in the details section at the bottom of the post.

Due to the coronavirus outbreak, Kuki city cancelled the 2020 Lantern / Tenno Festival. It is not yet known if the 2021 festival can go ahead as planned.

This spectacular event is the largest lantern festival in the Kanto region (area around Tokyo).

About 250,000 people attend this festival that celebrates local folklore. It is famous throughout Japan. The festival supposedly started after a volcano erupted over 230 years ago. It greatly impacted the region. The Kuki locals banded together to lift the spirits of people in their city and indeed the kanto region. You can enjoy the Kuki Lantern Festival for free.

During the festival locals carry huge floats of paper lanterns through the town. What makes them extra special is that they transform between day and night. During the day the floats depict mythical characters. At night they parade the famous lanterns.

The area of the festival is close to JR Kuki station. Kuki station is about a 20 minute train ride from Omiya.

By car the festival is about a 10 minute drive from the Kuki exit of the Tohoku expressway.

Featured image and video from the official festival website.