Hiking in the Totoro Forest

In: Play in Saitama, Things to do in Saitama, Tokyo
Tagged: Anime, Asaka | Niiza | Shiki | Wako, Tokorozawa | Sayama
With: 0 Comments 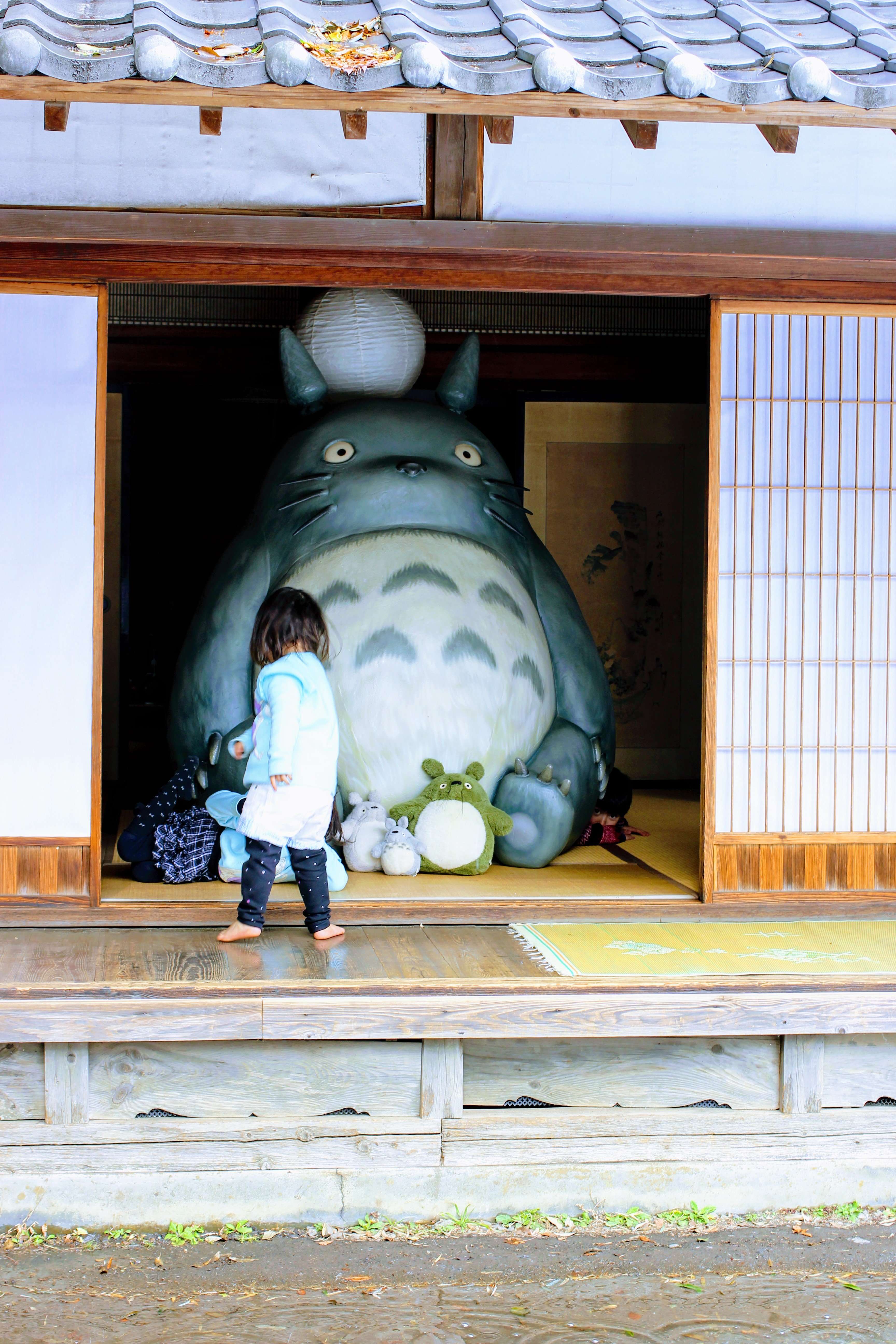 A hiking course (with map) through the Totoro Forest with kids. The Totoro Forest is the homeland of Totoro in the Sayama Hills of Tokorozawa in Saitama Prefecture, on the border of Tokyo.

“Sayama Hills” is the most well known name for the area around Lake Sayama, a man-made, reserviour on the border of Tokyo and Saitama. However, Ghibli fans may well know it better as the Homeland of Totoro or the Totoro Forest. (Also referred to as the Totoro Foundation). The area has a number of natural habitats and cultural assets that are under protection to preserve not only the nature of the area, but also real life scenes that were the inspiration for the animated movie “Tonari no Totoro” or My Neighbour Totoro.

Is the Totoro Forest and House of Kurosuke open during Covid?

The Totoro Forest is a nature area and is open 24 hours. However, the House of Kurosuke is temporarily closed and will remain closed indefinitely during the pandemic.

There is quite a bit of information on the Totoro Foundation Official English webpage. This post is to share an adaption of a MAP (below) route we took on our family hike in the Sayama Hills Totoro forest / foundation area. I adapted it to suit those coming by train, because I would advise, where possible, to avoid coming by car. The starting point on the map (shown below) is Seibu KyuJo Mae Station on the RedArrow Ikebukuro Line, Seibu-Sayama Line and Seibu-Yamaguchi Line. We actually did go by car and had to wait half an hour to get into the small car park and were charged for the privilege.

Despite the Totoro woods both literally and figuratively “being on the map” these days, the Sayama Hills area is not able to cater to large throngs of tourists. And there is little in the way of markers to help you on your course. I can’t help wonder if it is a ploy in attempt to preserve the tranquility and wilderness of the area. And in turn deter anyone, but the hardcore Totoro fans and avid hikers.

At the time of our Totoro forest hike and exploration my four children were aged between 1 and 7 years old. We had the 1 year old in an Out n About buggy, my preferred choice for any off road trekking and hiking. My 7 year old was well able for the journey. My (then) 5 year old was fine for the most part, but she did find the return a difficult challenge.  We needed to break up the journey a couple of times for my 4 year old, she even spent sometime in the buggy, particularly on the return leg.

I made two mistakes on our hike of the Totoro Homeland. 1. I hadn’t printed off the map, and 2. my phone wasn’t fully charged. Both issues combined with the lack of phone coverage in the area resulted in us going right off course and adding at least another half hour to our hike. It is also the reason that I have very few of my own photos to share in this article.

Due to the afore mentioned lack of signposts, plus the absence of signs of life, we had to wait a long time before we encountered anyone who could set us back on track. It happened to be another family doing a Totoro forest hike. They at least had the good sense to bring a map. Luckily, they actually gave us their map. They were on their way back to the station via the lake, which is easier to navigate. Their map had been handed down by another family and another before that. You could tell; you could barely make out the ink on the sheet and it was missing a lot of landmarks. But it did the job and got us back on course.

Including lunch and breaks we spent about six hours hiking the Totoro forest at a leisurely pace. We had our lunch at a picnic spot near the Totoro Tree and toilets. It is right on the side of the lake. The lake is a lot more impressive than I had expected.  I imagine it is particularly beautiful in Spring and during the vibrant colours of Autumn.

Wildlife in the Totoro Forest

Although we visited in Autumn it was long before the leaves were changing colour so we missed that particular pleasure. The picnic area had a shelter and table and chairs.  It was in full use by locals and fellow tourists. There is a green area beside it where the kids could kick around a ball. If you walk on the footpath one back from the one beside the lake, parallel to the part of the lakeside course marked on the map, there is a huge amount of insects in the long grass beside the path. My kids caught hundreds of grasshoppers and insects… and then let them all go again.

It took us about three hours to walk from the station area to Kurosuke’s house including break and play times. It took us longer coming back as we intentionally took our time and mucked around a bit to make it easier on the kids. During the hike we explored three of the Totoro Woods, numbers three, one and eleven and passed the Totoro shaped tree. There are temples and shrines along the route as well as lots of natural beauty. You can see some of the places we chose to stop on the Google MyMap shown above. There were another few places, such as a wading river near Mikajima Inari shrine, that we explored. But they don’t show up on Google Maps and it is very hard to pin point them.

Our goal and turn around point was the Kurosoke House. Much to our disappointment, Kurosuke’s house and the Chakouba, a workshop from around the end of the Meiji period, were closed. They have the area sealed off with a rope and you could in theory still enter the courtyard, but we didn’t want to disrespect the Japanese way of things. At least we have an excuse to go back and do a similar hike again. (Update 2018: Which we did and you can read about here.) You can’t see much from the perimeter of the grounds, except for the Totoro bus stop, so if you would like to avoid ending up in the same position as we did I advise you visit on one of the three days the grounds are open:

On a subsequent visit we did get to go into the Kurosuke house and grounds. And it was wonderful!

Open Tuesday, Wednesday and Saturdays ONLY, from 10 am to 3 pm. When a public holiday falls on one of those days of the weeks it is NOT open to the public. My research had shown that inside the house there are a number of minature models of scenes from the Tonari no Totoro movie. They also sell original Tonari no Totoro goods such as badges, T-shirts and postcards.

Cost: the Totoro homeland is officially it is free to enter, but they do welcome donations as this project is not funded by the Government. It was initially made possible by the financial contributions of five key contributers, one of whom was Ghibli co-founder and My Neighbour Totoro creator Hayao Miyazaki himself. (The Totoro foundation also welcome volunteers assistance for maintaining the project. )

This is just one of many hiking options for the vast Totoro Foundation area. You can find some on the official Totoro Foundation site and a Google search will pull up many others. The photo below shows a good summation of the routes and attractions in the area. There was a lot we didn’t see on the route we took, but with four young children it was the best option for us. We will go back to check out some of the other woods / forests, there are approximately forty of them in total. We are also determined to get a good look around the Kurosuke House area and maybe even try our hand at some of the Totoro craft workshops they offer from time to time.

Homeland of Totoro last updated in 2020.