In: Night Illumination, Things to do in Saitama, Winter
Tagged: Hiki District, illumination, Nablopomo
With: 2 Comments 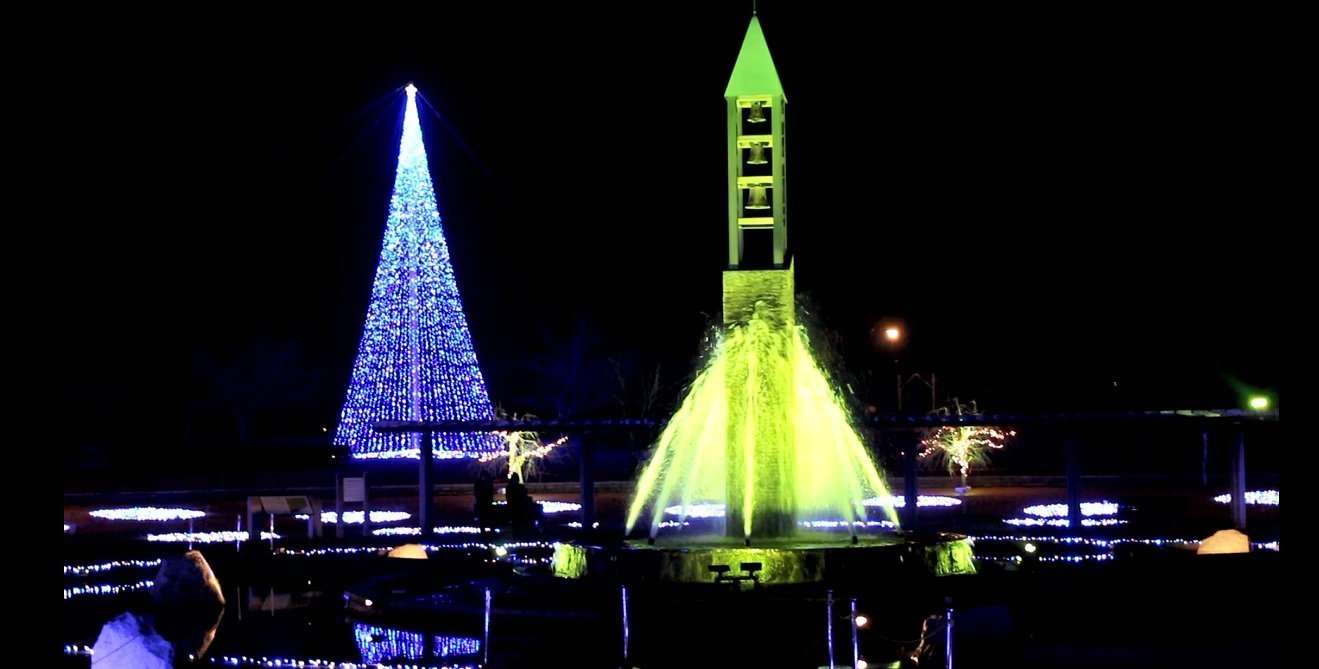 With such a variety of night illumination in Saitama, most people have access to a display within commutable distance. If you are feeling adventurous and / or want to travel a little further, or maybe choose a display on its merits, it takes a little bit more research. There is quite a lot of English information available for the larger displays such as at Tobu Zoo, Seibu Amusement Park or Saitama Shintoshin. But not so much for the smaller more local displays.

I write this article for the benefit of people who might be trying to find an off-the-beaten-path illumination display in a smaller less frequented location. If you like to enjoy your night illumination in peace and solitude the display at Heisei No Mori park in Kawajima can offer you that. It can also offer you the contrast of a pitch black backdrop with footpath lights being the only other fluorescent within a one mile radius. Ok, one mile might be a slight exaggeration, but there are literally only two buildings (barely) in site from the display area.

Another feature of this display is that it is set to music. The music is very relaxing, like something you would hear in a yoga or hypnosis session. In 2017 it perfectly complimented the colour changing sequence they used on a section of trees. The 2017 display slowly brought the trees through the colours of the rainbow. Perhaps orchestrated to reflect Kawajima’s pride of place of being one of the rainbow cities of Saitama; a cooperation of 7 towns / cities to interfunction to the benefit of the citizens of each of those provinces. I hope this is a feature of their future winter illumination as the colour change heightened the overall experience.

Furthermore, to add to the dramatic effect there is a short water fountain show at intervals through the light up time, which is between 5 and 9 pm, generally from December 1st to Christmas day. Projection mapping further amplifies the effect of the water jetting in a triangle in front of the obelisk of the park, giving the impression of a rocket about to take off. The whole scene is reflected in the pond on the south fringe. Unfortunately, I was in the wrong position, only two minutes before the display was turned off, to capture it and missed the opportunity.

The dates for each year and pertinent annual information is detailed in the event post for this night illumination, which is updated annually close to the time of the display (linked directly below). If it is tranquil night illumination you are after please avoid going on the first day of the display as they have an opening event which attracts a couple of hundred people.

As this display is in a remote location, there is nothing much else in the area at this time of night. Except for Bokuranote Dog Cafe which is lit up with fairy lights every night of the year. However, during the day the park is engaging for small children with a large playground to entertain them. The library (external: city-cost.com) and the town hall are adjacent to the park. The town hall has a viewing tower that is open to the public. On a clear day you can see Mt Fuji more than 150 kilometers away. The park has a cafe “Smile half” that opens for lunch Tuesdays to Saturdays. Less than two kilometers from the park in the direction of Okegawa is the Toyama Memorial House museum.

For more detailed information on Heisei no Mori Park:

Other annual events at the park:

By car – 5 minute drive from the Kawajima exit of the Ken-O expressway. Free parking for about 150 cars, but they also open an overflow car park for the festival.