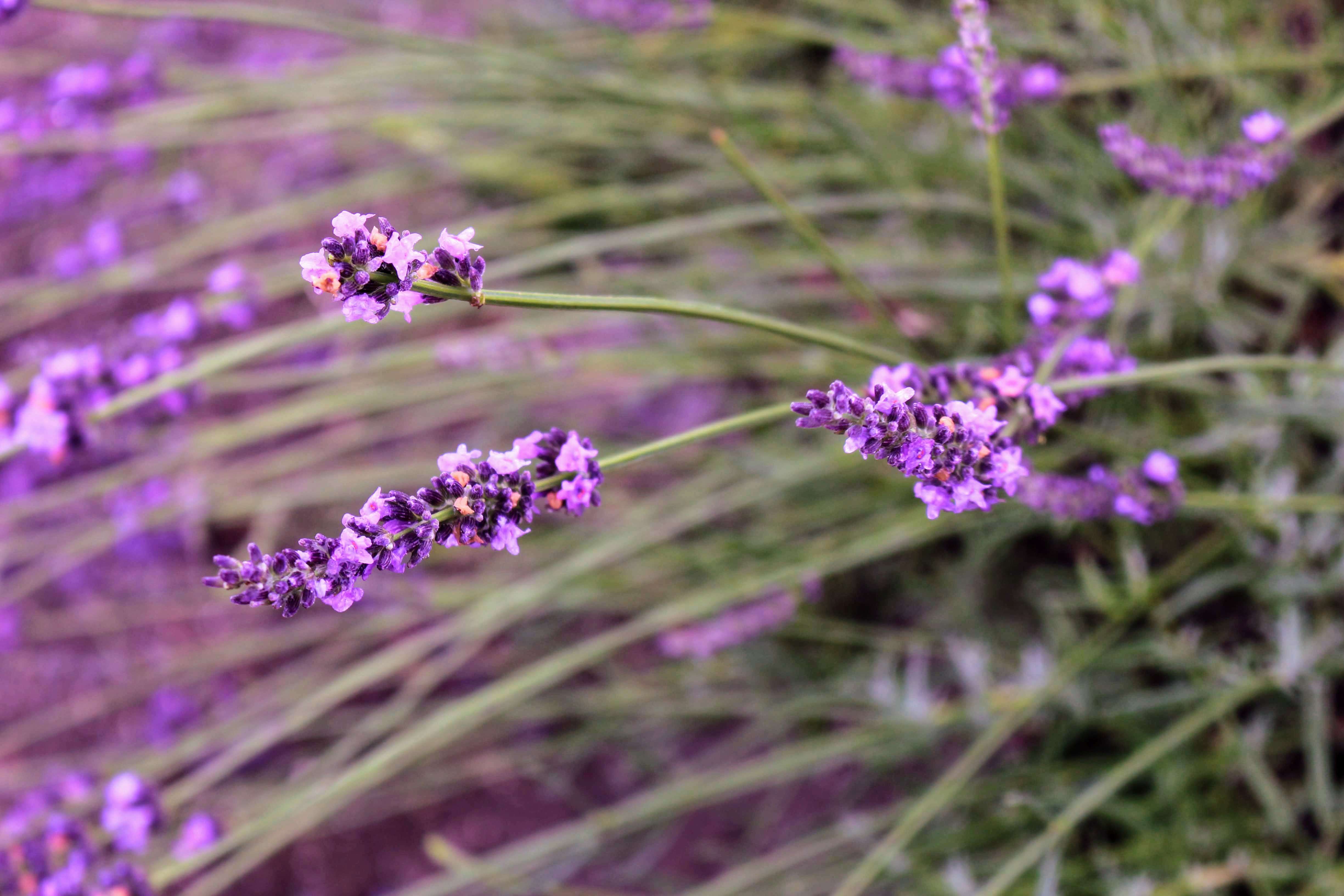 Visiting Japan’s largest lavender field at Sennen no Sono, close to Tokyo. Where the Ranzan Lavender festival is held annually in a beautiful rural town of Saitama Prefecture, Japan. (Please note that in 2021 there is no Lavender Festival and the fields are off limits).

Sennen No Sono is the name of the largest lavender field in Japan. It is in Ranzan town in the Hiki district of Saitama. The location is manageable as a day trip from Tokyo. They introduced a lavender festival a couple of years ago. The festival starts early June and ends around the first week of July. Prime viewing of the lavender is usually around the end of June, just before the festival ends.

Third time’s a charm – or so I had hoped when I visited Sennen no Sono for the third time this month. But there was no charm and no luck of the Irish on my side today, as I stood in the lashings of rain trying to get at least one good photo in the grey misty downpour.

The festival is only two years old although a small percentage of the lavender has been there for decades. In 2018 they decided to grow more to make it the biggest lavender field in Kanto (the area round Tokyo) and start a festival.

In 2019 they grew even more – 50,000 to be precise, on eight hectares of land. And Sennen No Sono became the largest lavender field in Japan. There are five different types of lavender including a rarer type, a white lavender flower.

The lavender fields are roped off so that you can only access them from one point: the official entrance to the lavender festival grounds. In the main court yard they have several food booths and a couple of food vans. They sell local food as well as cuisine from further afar. They even have Turkish food on offer.

Despite the heavy rain today and the fact that the lavender is only at about 60 to 70% bloom, I was glad I visited. If nothing else for the unique smell of fresh lavender. You get to take the smell home with you too! In the form of a lavender smelling postcard. You receive the postcard upon paying the 500 yen entry fee to the festival area.

A volunteer did offer that I pick some lavender, but at that point, after 40 minutes in the heavy rain, I was like a drowned rat. I was dreaming of my next destination, the eminent Showa Retro Tamagawa onsen, to warm up and dry my clothes off. So I politely turned him down. They have flower picking and craft events on at the weekends and occasionally on weekdays during the festival period.

Back at the car park, I ended up getting into a long conversation with the kindly volunteer there. A man who was spending his free time directing traffic (!?) in and out of the car park in the buckets of downfall. He told me that yesterday, Sunday June 23rd, 5,000 people visited the festival. More than they had ever hoped for in one day, but also more than they could cater for. But next year is surely going to be bigger again as they plan to increase the size even further to at least 10.5 hectares of lavender.

It is quite a walk from the official parking at B&G indoor pool to the lavender fields. But it is through rice fields which are currently a brilliant green. For people with an official disability car sticker you can park right by the festival area for free of charge.

If you don’t mind paying for parking, the car park of Ranzan Valley Barbecue area is right beside the fields. It costs 1,000 yen per entry, not per day. If you leave the car park (in your car) you have to pay another 1,000 if you want to park there again even if its just ten minutes later.

They have bike stands for anyone who comes by bicycle. And there is a taxi stand near the entrance to the fields too. The bus stop is about a ten minute walk away. And the station is an approximate forty minute walk from the site.

Map below all other details ⇊

All the other Lavender festival details…

… on the Ranzan Lavender Festival event page (updated annually). However, the 2021 event has been cancelled and the fields are off limits.

In neighbouring Tokigawa, only a 7 minute drive, the esteemed Showa Retro Tamagawa Onsen: