In: Cherry blossoms, Festival, Local Kawagoe, Seasonal, SHRINES & TEMPLES, Things to do in Saitama, Things to see in Saitama
Tagged: Kawagoe
With: 2 Comments 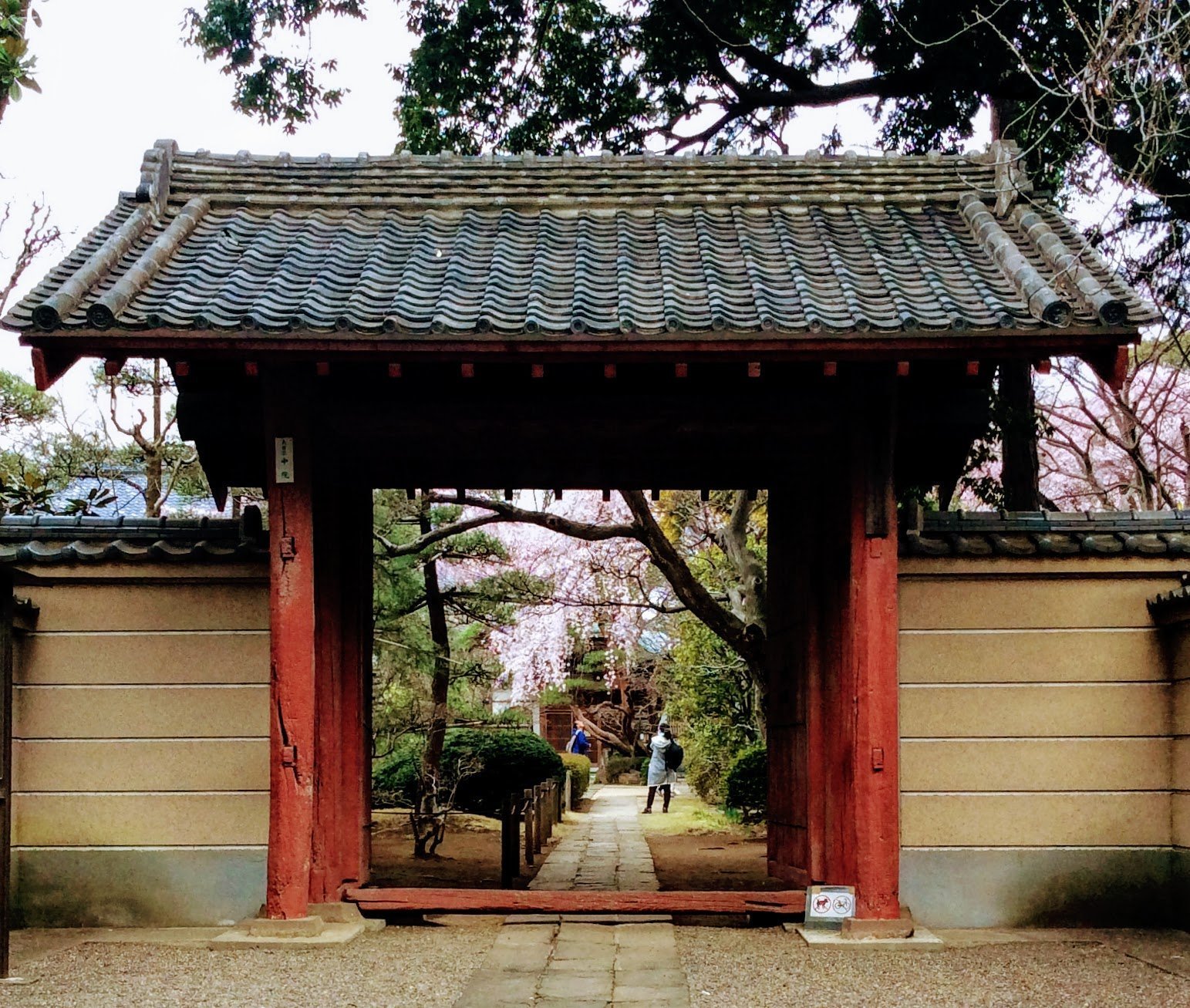 Nakain Temple boasts one of the most beautiful spring gardens in Kawagoe, Saitama Prefecture, Japan. As much as Kitain is famous for its garden in Autumn, Nakain is renowned locally for its garden in Spring. Moreover, it is one of only a handful of places in Saitama to see ‘kanhizakura’ bellfower cherry blossoms which bloom in early March.

Nakain – Naka Temple – is the middle temple of a three Buddhist temple complex built in 830 ad. The most famous of the three is the nearby Kitain (Temple). Collectively they were known as the Muryojuji. It is said that tea in the Kanto region started in the temples of these gardens, 25 years after tea was first introduced in Japan.

The home of Sayama Cha

Supposedly a priest Jikaku brought the seeds from Mt Hiei which was part of the region where tea started in Japan, currently recognised as the prefecture Shiga. He planted them in the gardens of Muryojuji. The long and the short of it is that Nakain is recognised as the birthplace of Sayama Tea. There is a large stone monument commemorating this claim to fame in the garden of the temple.

That Nakain is the birthplace of green tea in Kanto is surprisingly a little known fact outside of the tea community. But what Nakain is well known for is its weeping cherry blossom. However, before the weeping cherry even blooms, the garden is breathtaking in early March too. The garden is small, but it is one of the most beautifully coordinated gardens in Kawagoe. In early March a variety of colored tree blossoms pop against the most magnificent pine trees and evergreens

There are several different types of tree flowers you can see in Nakain. I actually don’t know the name for some of them. But the ones I do are outlined below. I’ve given Kanhizakura a paragraph of its own as they are rare and captivatingly beautiful. Also, there is more information for the weeping cherry as it is the most celebrated bloom at the temple annually.

First and foremost; Nakain is one of only a handful of locations you can see “kanhizakura”. Kanhizakura quite literally translates to cold scarlet cherry blossom. As such, they are sometimes referred to as that, but the most common name for them is the Taiwan Cherry. The official name is Prunus campanulata. They are also sometimes called bellflower cherry blossoms. My very first time seeing a kanhizakura, before I even knew they were cherry blossoms, they reminded me greatly of bells. Although, not quite scarlet, they are a conspicuous deep pink.

Although native to Japan (Taiwan, Vietnam and South East China) they aren’t very common in the Kanto Plain. They are more common and celebrated in Okinawa and the Ryuku Islands. However, if you are looking for somewhere to see Kanhizakura in Saitama, there are a couple of places, such as here in Nakain and also in Omiya Park and Mitsuzoin Temple in Kawaguchi.

The magnolia tree in Nakain is mature and as such the blooms are quite high up. As you may know, the blooms on a magnolia flower up. As such it is quite hard to get a photo of the inside of the flower of the magnolia at Nakain. But you can get a photo of them facing up to the sky. When I took this photo it was a cloudy day. However, it didn’t matter because the white popped and actually made the sky look blue, even without editing!

Some of the plum blossoms are still in bloom early to mid March in Nakain. They have several different varieties.

Other end of February to early March blooms

Mimosa, Japanese cornelian cherry and Katsura trees (Japanese andromeda) are among the other flowering trees you can see in Nakain in early March. And that’s not to mention all the non flowering pine trees which are an artwork all year round.

The Edohigan cherry blossoms in the main car park tend to start blooming mid March. As of March 17th the edohigan is pretty much in full bloom.

The weeping cherry blossoms “shidare sakura” are the most famous of all the flowers and blooms at Nakain Temple. They usually bloom from end of March to early April. During the period of the bloom they are lit up at night. As you can tell from the photos, I found it quite hard to capture their majesty in the dark despite the light up!

There are other cherry blossom trees on the grounds of the temples. The temple generally is not as busy as other neighboring temples and is more of a tranquil retreat. However, during the period of the cherry blossoms it experiences an influx of visitors, particularly photographers.

During the cherry blossom season Nakain goes back to its roots, pun intended, by combining a green tea experience with hanami in its Sakura Cafe. Unfortunately in 2021 it is likely that the Sakura cafe will not be available. We are still awaiting confirmation.

Hours: not specified. However, during the cherry blossom period the temple is usually lit up at night until 9 pm.

By car: About a 14 minute drive (5.5 kilometers) from the Kawagoe Interchange of the Kanetsu expressway. There is free parking in two separate car parks. One is in front of the temple and one is to the side. Both are on one way streets so do be careful how you enter or exit.