In: SHOPPING, Things to do in Saitama
Tagged: Ikoka
With: 2 Comments 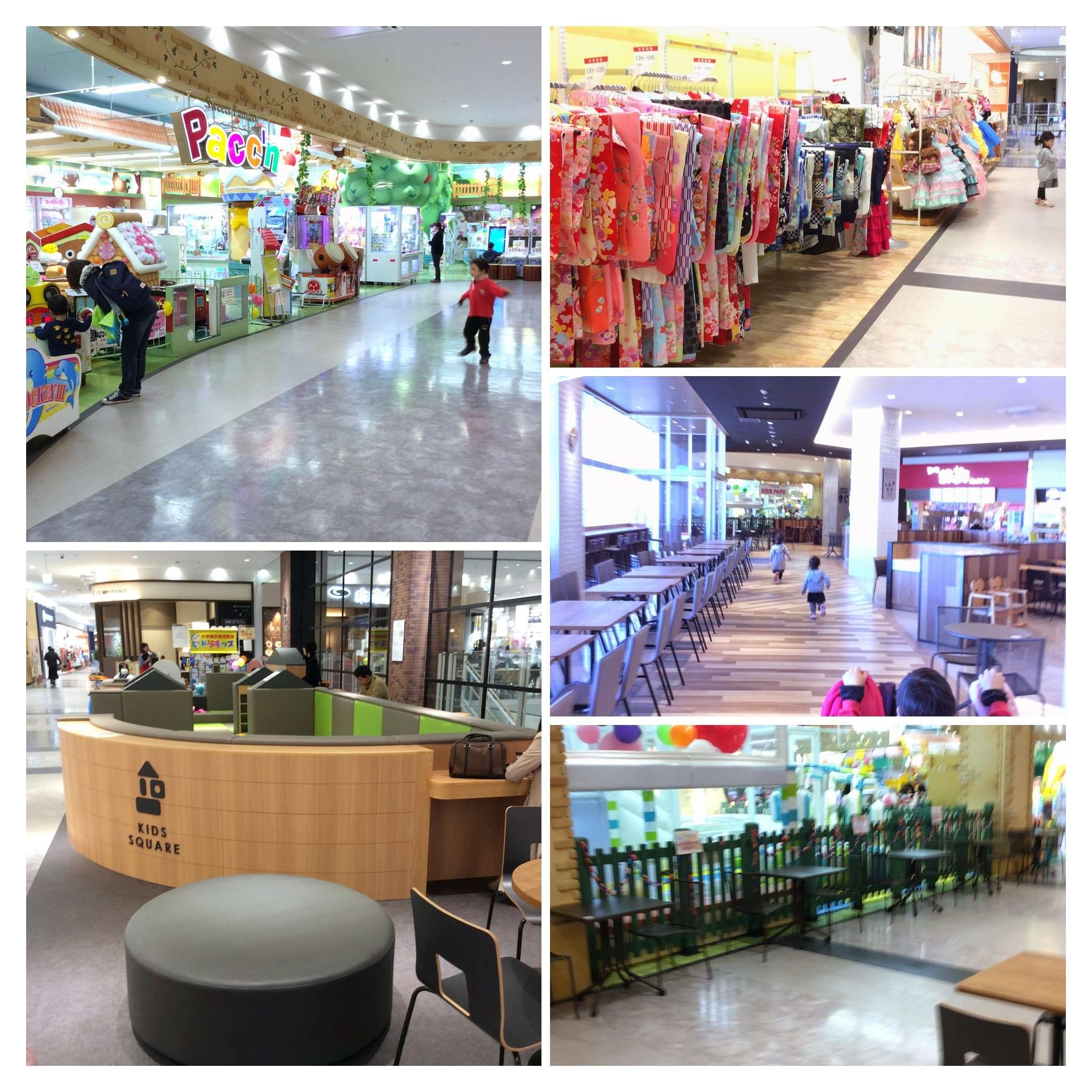 Named after the flower of Okegawa, Benibana Walk is a mall by the supermarket Apita. They have a better known sister mall in Higashimatsuyama called Peony Walk. Benibana is lesser in every way: smaller, less shops, fewer play areas and services.

It opened in November 2014 and we went to check it out shortly after. At the time they had some really good events, but over the years the quality and quantity of the events have dropped. Back in its first year of business they had a big and very successful Star Wars event with visiting Star Wars characters. They also had some popular Tomica events and other special events for children. Also, at the time of opening, the new route 17 hadn’t been opened yet, nor had the extension of the Ken-o expressway. Now that both have been opened the mall is a little more difficult to access.

Update 2020: the Toysrus in the mall has closed permanently. Santa Claus used to visit that Toysrus each year, but unfortunately now that the store has closed it is unlikely that he will visit another store instead!

The mall is for the most part well designed. As a mother of four, the food court design is not my friend. You can’t see one end from the other due to the peculiar layout. Also, unlike other food courts where it is easy to move between food counters to order and pick up food, Benibana’s food court structure makes it difficult to order from different counters with kids in tow.

Unfortunately, the food court is long, so you can end up having to walk quite a bit between food counters to pick up your food. They have high chairs without belts for small children. All that being said, The food court is quite decent, but a bit short on seating. All the restaurants in the food court are self service. They give you out a buzzer that rings when your food is ready. The rest of the mall is easy to navigate.

The mall has been well maintained and still looks new in some places. Due to the smaller size it is useful for quick shopping trips. However, the shops and services are basic. There is a good enough selection of shops where you can buy food and essentials.  There is a free play area for kids on the 2nd floor. Regrettably it has a TV in it showing back to back DVDs. Apart from the TV though it is nice for a short play for children under six.

Within the mall there is a Pacc’n Play center that you can pay to use. It is beside the food court which is convenient.

The mall hosts events almost weekly. From small events to larger events celebrating annual festivities in the year, such as Easter, Halloween and Christmas.

There is free parking both indoors and out. The indoor parking is convenient as it is above the shops so you just have to get an elevator or take the stairs down to the shopping area.

A great time of year to visit is June, when the nearby safflowers are in bloom and the stunning hydrangea are in bloom.

A variation of this review also appeared on City-cost.com