In: Play in Saitama, Things to do in Saitama
Tagged: Tokorozawa | Sayama
With: 0 Comments 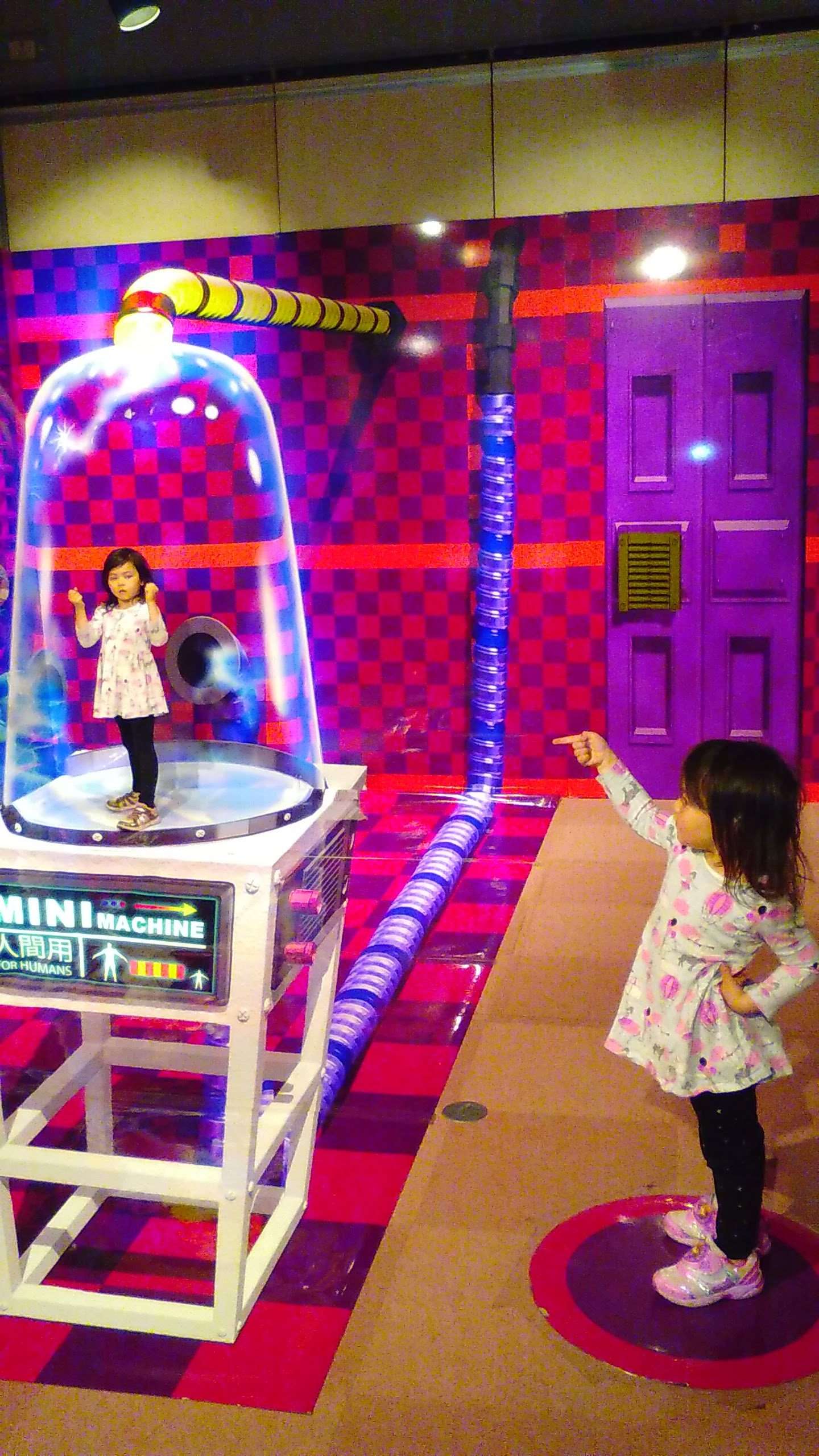 Sayama Municipal Museum, Saitama, is a city museum in Sayama Inariyama Park on the Seibu Ikebukuro Line.  They tend to host a lot of travelling exhibits suitable or designed for children. We have been to many of their exhibits over the years and (with the exception of one) the kids always enjoy them. They generally always have a crafting event on too.

The ground floor circular hall is where they hold most of their travelling exhibits. You can walk up to the second floor from this hall up a winding ramp that circumferences the hall. On the 2nd floor they have a room with their permanent displays. It is actually relatively small, but they have some interesting pieces.

They have an Akebono Elephant (Stegodon aurorae) bones on display in this section. These elephant fossils are said to be between 2 and 1.2 million years old. There are also displays depicting ancient Japan, including a replica of a Jomon period house. They have a tatami tea room in the museum too.

Like most of Saitama’s municipal or prefectural buildings, this museum has a museum seal that the kids can stamp onto the back of the museum’s brochure in the allocated space, or on to any piece of paper. This museum often participates in seasonal “stamp rally” run by the prefecture, whereby you collect the seal of a number of different participating bodies in return for a small prize. The museum is buggy / pushchair friendly and they have toilets. There is also a cafe beside the museum called Kome To Cha, information below the Exhibition Section.

The museum has had some really great exhibitions over the years. In all honestly, the only one we found a little disappointing was the “Unfortunate Insects” exhibition in summer of 2019. Thankfully, they had a good crafting event on that made up for the “unfortunate” exhibit!

The café and restaurant is located beside the entrance to the museum. It is accessible from within the museum, but it also has its own door and an entrance from the park side too. The restaurant changed its name last year from Komorei to Kome To Cha, but it is still called the former by many.

The cafe is not particularly big, but it is comfortable and my favourite feature is the large floor to ceiling windows which afford a lovely view of the park. Most of the tables are positioned in such a way that they have a view of the park. Probably their most popular item is the kaki-kori, a typed of shaved ice dessert flavoured with syrup. They have ice-cream too.

Their menu is quite limited, but I thought the food was rather nice. They have children’s meals too. They are a little on the small side, but easy for children to manage. The rice was served as rectangle shaped origami with nori on the underside and furikake sprinkled on top. I think the kids meals are best suited to younger children or children that don’t have a great appetite. My preschoolers and toddler really enjoyed their meals.

The park is located at the south west end of the Sayama Inariyama Prefectural Park.

The museum is free in for children under 15 years old. High school and university students cost 100 yen and all other adults cost 150 yen. They often have flyers in the lobby with a discount ticket: 60 yen for students over fifteen years old and a 100 yen for adults.

The museum is open Tuesday to Sundays from 9 am to 5 pm. It is closed on Mondays.  Cafe / restaurant Kome To Cha is open from 10 am to 4.45 pm, Tuesday to Sundays. Closed Mondays and the fourth Friday of the month.

The museum is a 3 minute walk from the Inariyama kouen station on the Seibu Ikebukuro Line or you can get a bus from the west exit of the Seibu Shinjuku Line Sayama City Station to Inariyama koen.

It is about a 15 minute from the Sayama Interchange of the Ken-o expressway or 20 minutes from the Kawagoe Interchange of the Kanetsu expressway.  The museum and the restaurant share parking and it is free. Spaces are quite limited in the car park beside the museum, so it is not uncommon to have to wait for a parking space to come free.  However, you can also use the park’s car park and walk over.