In: Local Kawagoe
With: 0 Comments 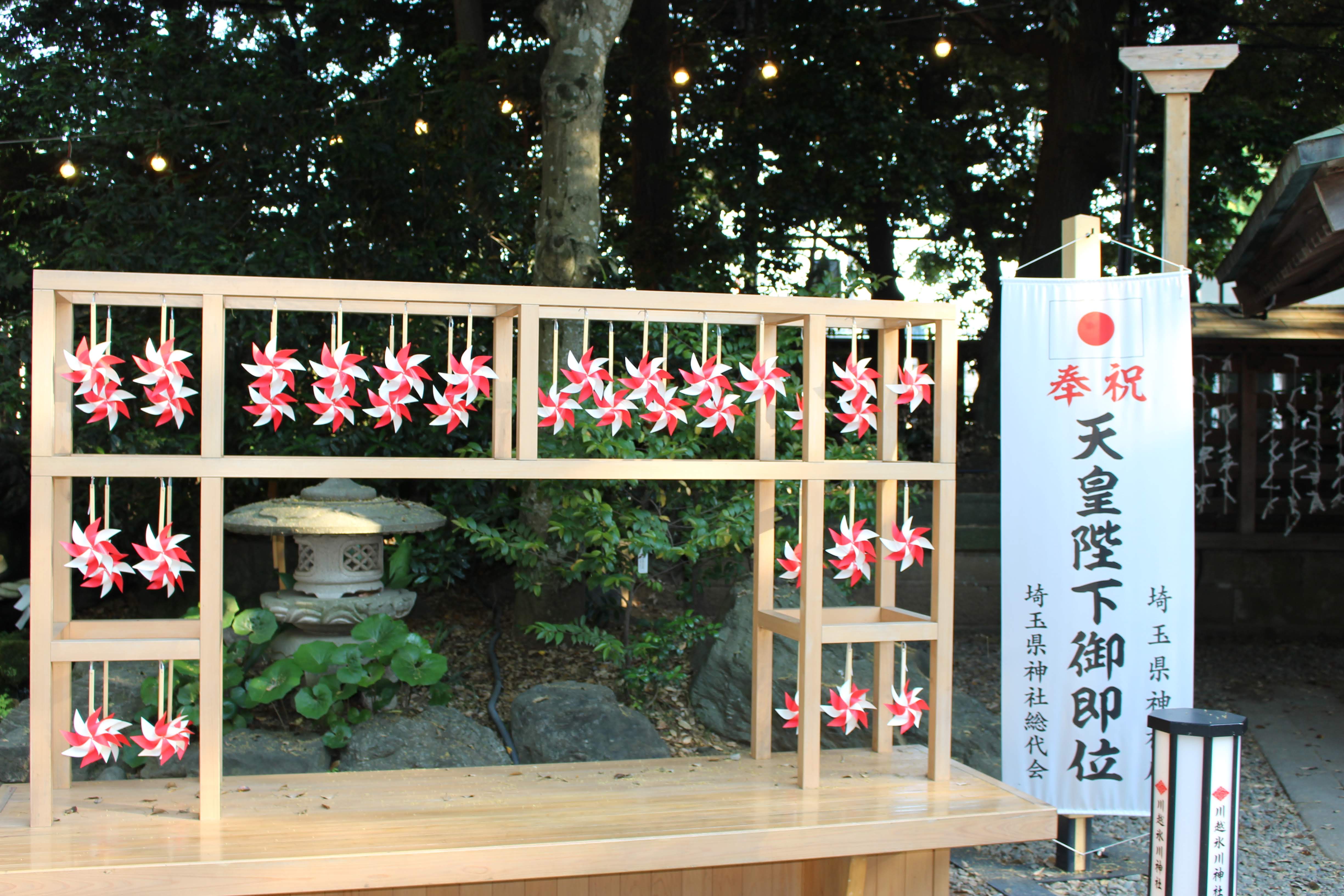 In celebration of Emperor Naruhito’s ascension to the throne, Kawagoe Hikawa Shrine are hosting a special commemorative display for the month of May. From May 1st to 31st they will display red and white pinwheels and wind chimes. They also have the name of the new era “Reiwa” displayed in large calligraphy on the shrine ground’s stage.

Kawagoe Hikawa Shrine has always been a popular shrine. But when they introduced a summer wind chime event just five years ago, the number of annual visitors multiplied exponentially. It proved to be an extremely popular event and put them on the international map, attracting more expat and foreign visitors more than ever before.

A couple of years later they also introduced a pinwheel event that preludes the wind chimes. That is usually on during the month of June. Each year the pinwheels are the same colour. The colour changes year on year. Meanwhile, the wind chimes are always a variation of colours.

The shrine is open from 9am to 9pm. The illumination starts from 7pm. The cafe next door, Musubi cafe, offers seasonal sweets in association with the event.

You can walk from Hon-kawagoe or Kawagoe stations along a tourist route, but it takes about 40 minutes. There is a tourist bus or a regular bus that will bring you close. There is free parking for 300 cars.