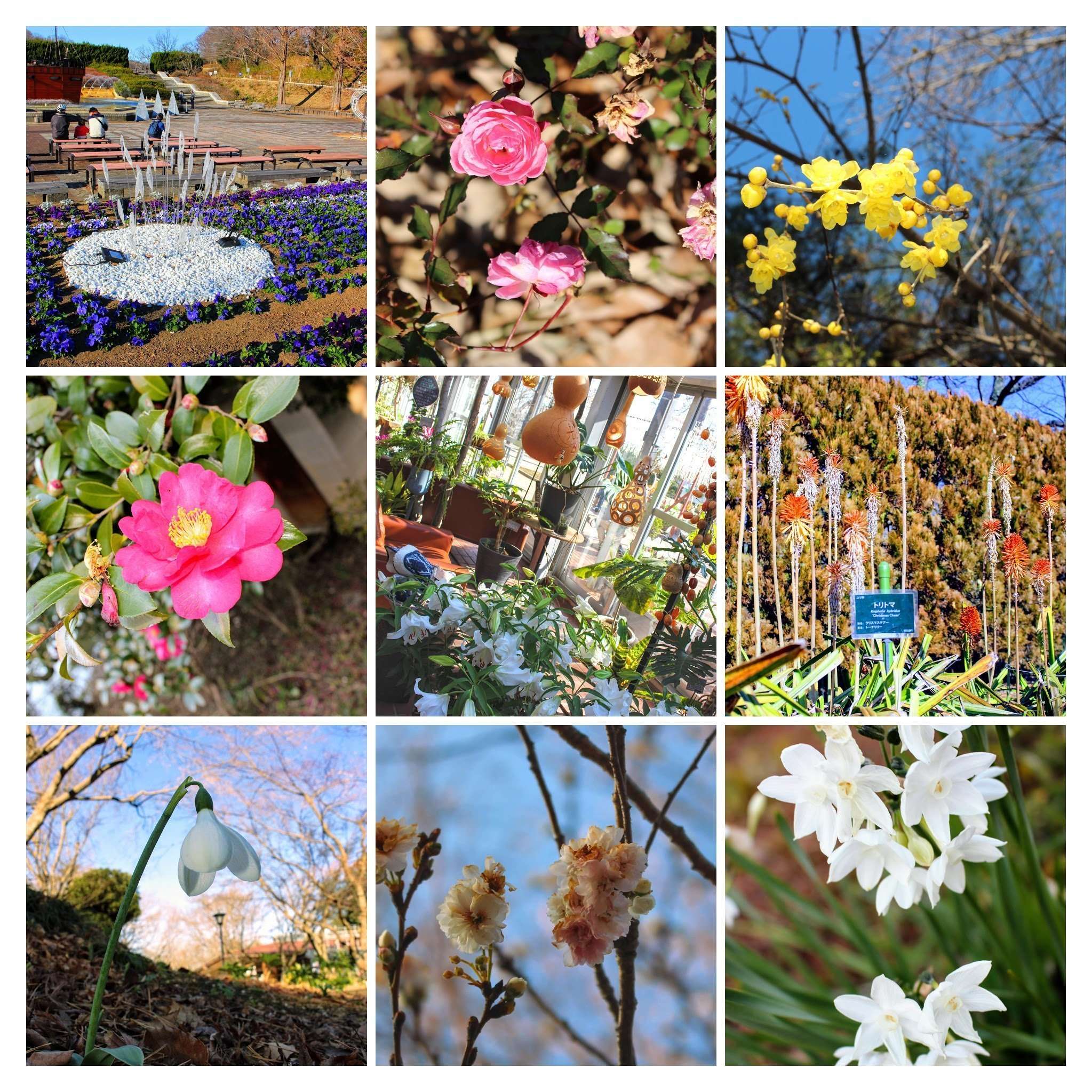 I say it often, because it is true, but my favorite month in Japan is January. There is so much to do in Japan in January. And as it is one of the driest months of the year, it is ideal for enjoying the outdoors. Sure, its cold, but if you wrap up well and / or are moving it doesn’t feel that cold, especially when the sun is shining. Moreover, January brings flowers and blooms, even as early as New Years.

This past week has been spent with family and friends for Christmas and New Year celebrations. We’ve enjoyed many of the Japanese New Year traditions together as a family, but we’ve also encompassed some New Year traditions from home. Including getting out and about in nature during the New Year.

I have had a few chances in the past week to combine five of my great loves – family, outdoors, flowers, walking and photography. Regarding the latter, I am not particularly good, but I do love taking photos. Here are a few flower photos from the last week, showcasing some of what Japan has to offer around New Year’s:

Flowers and blooms in Saitama Prefecture end of December / first week in January.

Believe it or not, even though it is bitter cold, flowers and tree flora have started to come into bloom. Including one of my all time favorites:

I had read on Shinrin Park’s website that the robai were starting to open up, so once it opened up again for the New Year on January 2nd, I went to see them. There are only a few robai in Shinrin Park and they are spread out over different areas.

I didn’t know until today that Botanen also has some robai. They only planted them a couple of years ago. I don’t think I would have noticed them by sight, but thankfully I had smelt them as we were walking toward the playground and sniffed them out. It is such a distinct, beautiful scent. They are even more in bloom than the ones in Shinrin Park.

The best place for wintersweet in Saitama Prefecture is the robai-en (wintersweet grove) in Nagatoro. There wintersweet festival starts on January 11th.

Winter Roses are not as common as Autumn Roses, but there are some places around Saitama Prefecture where you can see winter roses. No surprise that Shinrin Park is one such place. They also have hybrid roses such as “Sweet Drift”.

Other flowers you can see around Saitama Prefecture in the first week of January 2020 include Japanese camellia, snow drops, Christmas Cheer, Narcissus and Daffodils. Saitama’s largest daffodil festival will start this weekend; more information on the daffodil / narcissus festival here (click). In Shinrin Park you can also see frozen lilies, winter blooming pansies and tulips.

Have you been out and about this January 2020? Have you noticed any other flowers in bloom?